Professor Schroth is a world renowned plant pathologist. He earned his Ph.D. in Plant Pathology at the University of California, Berkeley where he spent 33 years on the faculty. During those years, he was the chair of the Department of Plant Pathology, associate dean of the College of Natural Resources as well as assistant director of the Statewide Division of Agricultural and Natural Resources.

He is the creator of plantdiseases.org, a comprehensive resource for bacterial plant disease information that is designed to assist teachers, scientists, farm advisors, and backyard gardeners in diagnosis and disease management.

Professor Schroth has over 300 publications, half in peer-reviewed major scientific journals and five patents; the most important is Gallex that selectively penetrates and kills crown galls that occur on many trees. Schroth’s research in plant pathology, soil microbiology, and clinical microbiology has greatly influenced the direction of research. For more information visit this bio on his website.

His research often questioned popular and accepted concepts. In the 60’s most bacteriologists believed there was little to no genetic difference between a typical soil bacterium Pseudomonas spp. and plant pathogenic pseudomonads. The debate ended with a publication, co-authored with his student D.C. Sands, in the Journal of Bacteriology, 1967. In fungi studies, he discovered that specific compounds exuded from plant roots caused the germination of resting spores of the fungus Fusarium that attacks many plants in the soil. He upset the medical world and the flower industry when he and a medical microbiologist reported that the bacterial pathogen, Pseudomonas aeruginosa, could colonize both plants and humans. The bacterium is a potential killer in hospital burn units. His research lab also showed that other bacteria (Escherichia coli) could multiply rapidly in vegetables (e.g. lettuce) in moist warm conditions. This research was republished in 2018 (Kalai Mathee, Editorial, J, of Medical Microbiology) because of its relevance today.

He discovered the causes of several unknown diseases. These include papaya dieback (known as St. Croix dieback), drippy nut of oaks, and vascular necrosis-collapse of sugar beet. He was the first to report that strains of pathogenic bacteria had developed resistance to both streptomycin and fixed copper that were used as sprays to control a disease on pears and walnuts, respectively. He solved the mystery why supposedly healthy olive trees suddenly developed many “olive knots” on trees after hailstorm damage. He found the bacterium was an internal resident that came from using infested material.  Wounds triggered the activity of the bacteria.

One of his most important projects was the pioneering research on plant growth promoting and deleterious bacteria that colonized root systems. He popularized the name rhizobacteria to describe these bacteria.  A facet of this led to a publication that a soil born bacterium produced an antibiotic absorbed by plant roots and crowns of wheat (H.J. Kempf et al, Phytopathology. Vol. 83. 1993). Another first, rediscovered many years later, was that internal bacteria in plants, depending on the strains, could either decrease or increase the extent of a disease such as the halo blight disease of bean.  These discoveries, (Phytopaththology, Vol. 64. 1971), later led to studies of plant defense mechanisms. 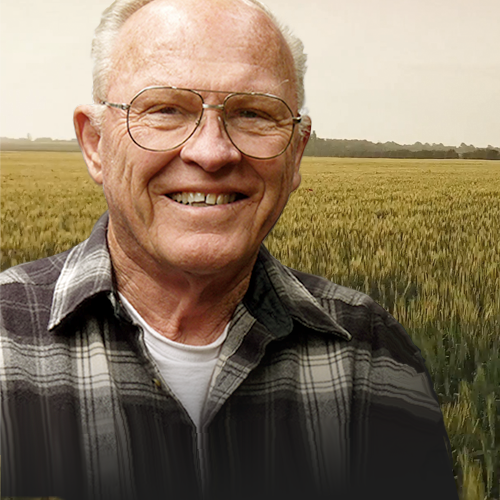