BERKELEY —Global decline of wildlife populations is driving increases in violent conflicts, organized crime and child labor around the world, according to a new policy paper led by UC Berkeley researchers. The authors call for biologists to join forces with experts such as economists, political scientists, criminologists, public health officials and international development specialists to collectively tackle a complex challenge. 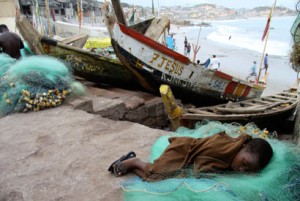 The paper, published today (Thursday, July 24) in the journal Science, highlights how losses of food and employment from wildlife decline cause increases in human trafficking and other crimes, as well as foster political instability. "This paper is about recognizing wildlife decline as a source of social conflict rather than a symptom,” said lead author Justin Brashares, associate professor of ecology and conservation at UC Berkeley’s Department of Environmental Science, Policy and Management. “Billions of people rely directly and indirectly on wild sources of meat for income and sustenance, and this resource is declining. It’s not surprising that the loss of this critical piece of human livelihood has huge social consequences. Yet, both conservation and political science have generally overlooked these fundamental connections.”

Read the full article at the UC Berkeley News Center