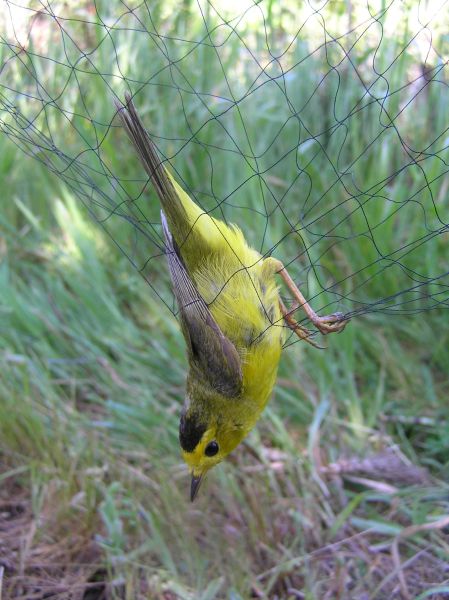 Capturing birds using mist nets to study behaviour, movement or the demographics of a species is one of the most common research techniques in ornithology, yet until now there have been no large scale studies into the risks mist nets pose to birds. Writing in the British Ecological Society’s Methods in Ecology and Evolution researchers from California used a dataset of over 345,000 records to evaluate the risks of mist netting.

The research, led by Erica Spotswood from the University of California at Berkeley, used data from organisations across the United States and Canada to assess the risk factors which could increase rates of injury or mortality including bird size, age, frequency of capture and the role of predators.

The results revealed that birds are rarely injured or killed by mist nets. Of 620,997 captures the percentage of incidents of injury amounting to 0.59% while only 0.23% of captures resulted in mortality. The authors then began to analyse risk factors which could lead to increased incidents.

Spotswood first discovered the lack of research into mist netting while applying to study the Gray-green Fruit Dove in French Polynesia. When concerned officials denied her permit and questioned the safety of capturing birds with mist nets Spotswood realised that no comprehensive study quantifying the frequency of bird injuries during mist netting existed.

“I was very surprised to find that no study of this kind existed, because mist netting has been around since the 1950s and is an extremely widely used and common technique for monitoring bird populations," said Spotswood. "In the United States at least one million new birds are banded each year at several hundred bird observatories around the country."

The authors compiled a dataset of documented bird injuries and mortalities from 22 bird banding organisations across the United States and Canada, resulting in a dataset of over 345,000 records of capture, spanning more than 20 years of research and featuring 188 species of birds. 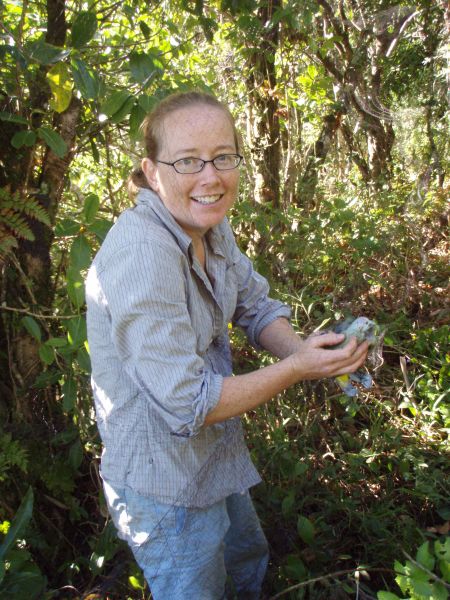 “Using this enormous dataset we could consider not only the rate of injuries, but could ask which species are most at risk and what kinds of incident are most common,” said Spotswood. “What began as an inquiry for a permit application ended up evolving into something we feel will be of value to the scientific community.”

The team also analysed how repeated capture can affect the likelihood of incident and were surprised to discover that birds which were captured more frequently were less at risk than birds which were only captured once. The team suggest this is because frequently captured birds are more likely to be established adults with territories, which are commonly in better condition than birds that don’t have territories.

Finally the team found that birds which were released with an injury were just as likely to be recaptured as birds without, meaning that injured birds continue to survive in similar numbers to uninjured birds, meaning the long term impact of mist netting is minimal.

“A lot of wildlife research requires that animals are captured and handled in order to study populations, demographics, behaviour or movement, yet the process can be stressful to animals. For both ethical reasons and the sake of the research, it is important to make absolutely sure any risks are minimized,” concluded Spotswood.

“Our study fills in an important gap in understanding by evaluating one of the most commonly used methods in ornithological research. We have shown that when banders follow good practices, incidents are rare. We hope that the results of this paper will be widely read by the banding community and that it will help researchers minimize any risk of incident.”