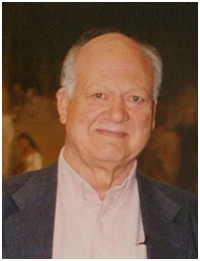 Fields White Cobb, Jr. was born February 16, 1932 in Key West, Florida to Fields Cobb Sr. and Alice (Presson) Cobb. When Fields was six months old, his family moved back to Virginia. The Cobb home in Dendron was built by Fields’ grandfather in the late 1890s and was located across the James River from Jamestown.

Fields loved fishing and hunting in the woods and swamps surrounding his home. Once he discovered Forestry, he realized it was the profession for him.  He graduated from Surry County High School in 1950, and enrolled in Virginia Tech and then North Carolina State University, where he received his Bachelors of Science in Forestry in 1955.

He then went to work for the Forest Service as a research forester and eventually his supervisor encouraged him to pursue a Master’s degree. Fields applied and was accepted to Yale University.

While attending Yale, Fields met a pretty nursing student by the name of Octavia “Tavie” Hickcox Smith. There were many jokes about Tavie being a Yankee and Fields being a true southerner. Fields received his MS in Forestry in one year, and then returned to the Forest Service and was assigned to Gulf Port, Mississippi as a Forest Pathologist.

After a year in Gulf Port, he resigned and returned to New Haven, where he worked as an agriculture economist while Tavie finished her nursing degree.  Tavie and Fields were married on May 24, 1958 and together they moved to Pennsylvania State University, where Fields pursued his PhD in Forest Pathology. His dissertation work was on oak wilt.

While at Penn State, they had their first child, a daughter, Cynthia Leigh Cobb, and about two and a half years later, their first son, David Fields Cobb. Shortly after receiving his PhD, Fields was offered a position as Professor of Forest Pathology at the University of California, Berkeley. After the move to California, the family grew by another son, Stephen Lewis Cobb.

Fields taught and conducted research in forest pathology at Berkeley for thirty years. He worked on a wide variety of forest tree diseases in California. He was best known for his work on root diseases, especially annosum root rot and black stain root disease, and on the interactions of fungi with bark beetles. He was an insightful researcher, often pointing to the interactions of forest trees, pathogens and insects at the landscape level.

Teaching was an absolute joy for him. For many years he taught Forest Insects and Diseases to forestry majors with Don Dahlsten. He mentored 18 Ph.D. candidates and many Master’s students. His Ph.D. students included David Nelson, Mike Srago, Leonard Felix, James Byler, John Davidson, John Muir, Rich Hunt, Bob James, Don Goheen, Tom Harrington, Thom Lawson, Detlev Vogler, and Matteo Garbelotto. Fields was terrifically proud of his students’ accomplishments, and he lives on through the positive impact he had on them.

Fields retired in 1993, and he and Tavie moved to the southern shores of Lake Pend Oreille in northern Idaho to be closer to their grandchildren, Paul Fields Cobb and Robin Elizabeth Cobb. The Cobb home on Lake Pend Oreille, surrounded by a vast expanse of lawn, is a log structure that fit their personalities well. In 2008, Fields and his colleague Dick Parmeter were recognized by their graduate students and peers with a large and boisterous reunion in Post Falls, Idaho.  Dick passed away in 2010.

Fields loved life and was a consummate practical joker, story-teller, and southern gentleman. He was an intelligent, passionate, loving, courageous man of the highest integrity. He was remarkable for his deep sense of fairness and staunch insistence on always doing what was right.

Fields fought a long and courageous battle with both heart disease and diabetes.  On November 7, 2011, at the age of 79, Fields passed away in Sandpoint, Idaho.

In a paraphrase of the dying words of Stonewall Jackson, another Virginian whom he deeply admired, “He has crossed over the river, and is resting under the shade of the trees.”