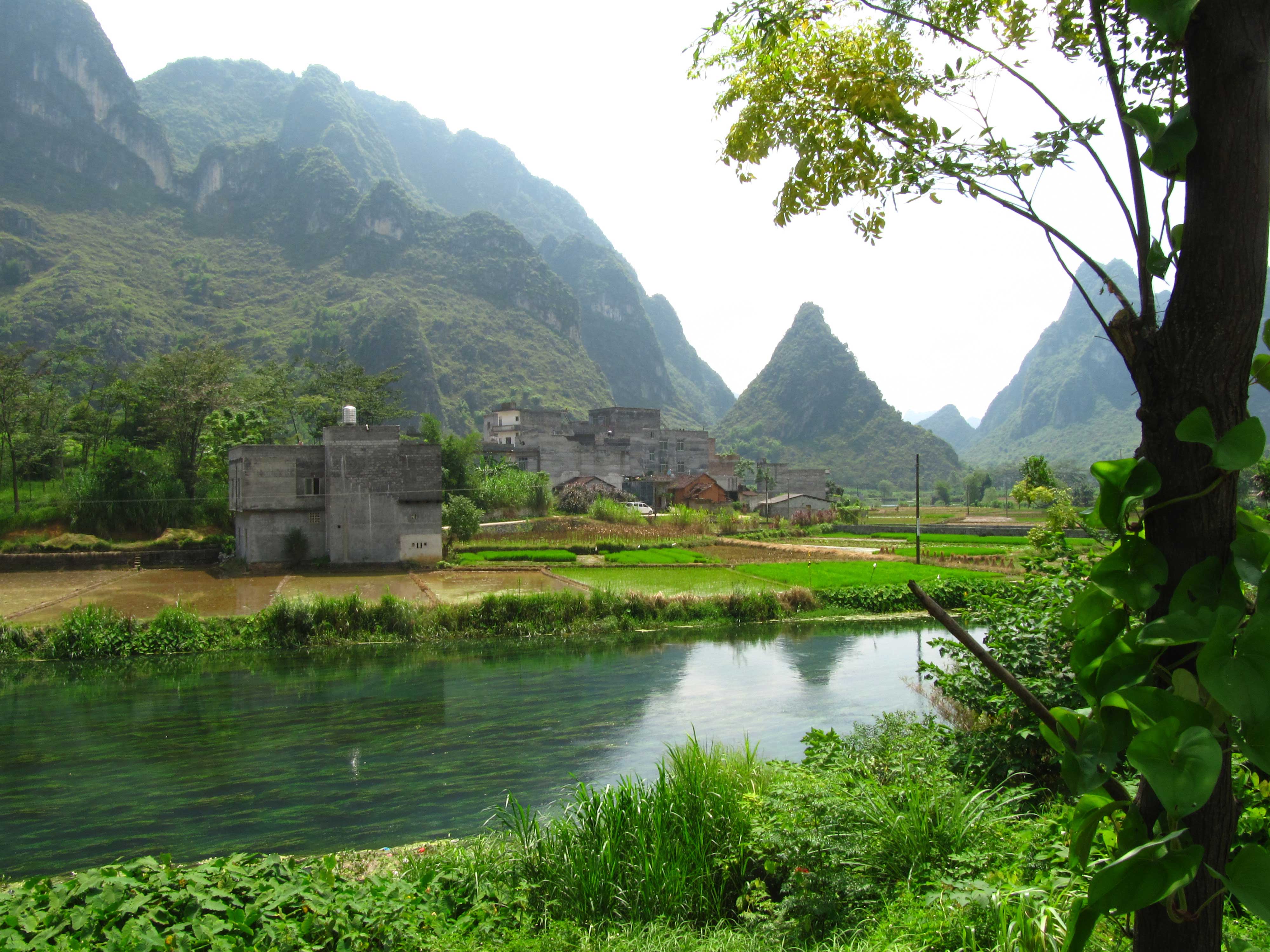 For most of us, for our whole lives, we have turned on the faucet and cool, safe drinking water has flowed from the tap. This is a luxury that many in the world do not enjoy. According to the United Nations and World Health Organization, even though there has been great progress improving water quality and sanitation in the world, as many as 1.8 billion people still lack access to safe drinking water today. Every year ~500,000 people (mostly children) die from unsafe or insufficient drinking water.

Many people living in developing countries have no choice but to treat their drinking water on their own. They can use a variety of household water treatment technologies and methods, such as boiling, chlorination, filtration, and solar or ultraviolet light disinfection—and many are buying bottled water as well. Though most of these treatments work, they are time consuming or change the taste of the water, and in practice, relatively few households actually treat their drinking water on a regular basis. 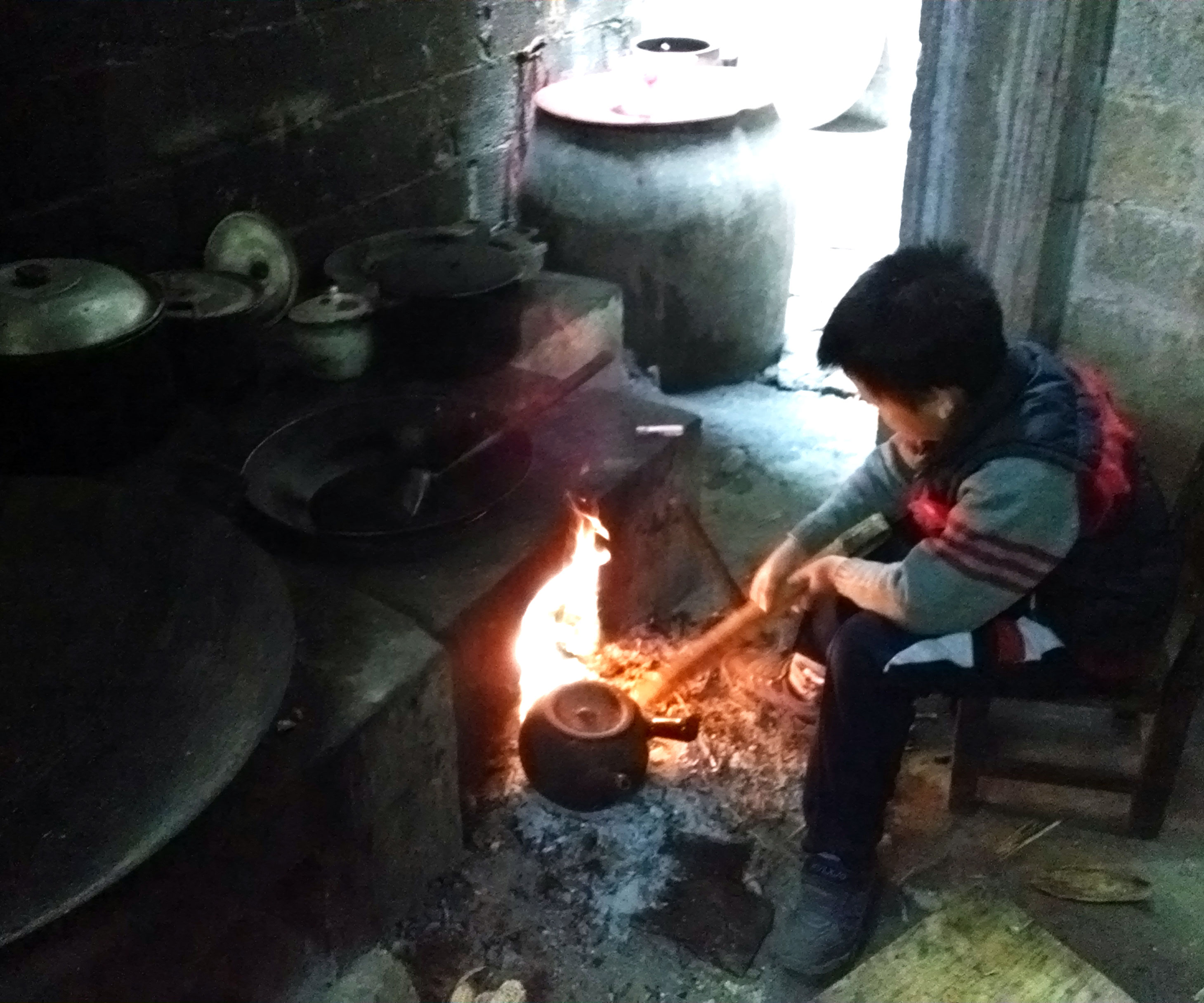 Household air pollution becomes an issue when water is boiled over open fires within a home – Guangxi Province, December 2013

Globally, boiling is still the most commonly used household water treatment (hereafter HWT) method. But boiling has its problems too. For one, after boiled water cools it can easily become contaminated again if, for example, a child places a dirty hand in the water, or if something falls into the water. Fuel is another issue. Because those without access to safe drinking water tend to be poorer households in rural areas, the fuels they use—such as wood, crop residues, or coal—produce air pollution that is almost as damaging to human health as cigarette smoke. Recent research by UC Berkeley professor Kirk Smith revealed that exposure to such household air pollution (HAP) is the largest single environmental health risk globally, and was responsible for an estimated 3.9 million deaths in 2010.

Over the last few decades, many programs have promoted different HWT technologies and many studies have examined their effectiveness in developing countries. But surprisingly little is known about HWT or the broader water, sanitation, and hygiene (WASH) field in China. Using an interdisciplinary blend of environmental science, public health and behavioral/social science research, ESPM Ph.D. student Alasdair Cohen has been working to change that.

The first paper from his dissertation research, recently published in the journal PLOS ONE, is the first known published study focused specifically on household water treatment in rural China.

A Gap in Knowledge

“Considering that approximately 600 million rural Chinese drink boiled water, and as many as 300 million don’t have safe drinking water, it’s really surprising how little we know about household water treatment there” says Cohen. A global census of HWT published a few years ago concluded that some 1.1 billion people in developing countries use HWT methods, but noted that their report didn’t include data from China because they could not find any. According to Cohen, that’s not all that surprising: water quality is a politically “sensitive” issue in China and there is little publicly available government data as a result. With available data from China included, though, the actual number of HWT users in developing countries is probably closer to 1.8 billion.

There are studies on water quality in China, but other researchers around the world rarely have the resources to translate them. Cohen is working to help bridge this language barrier. Through UC Berkeley’s Undergraduate Research Apprenticeship Program, he has been working for two years with a number of Chinese-speaking undergraduate students to search for and summarize Chinese-language journal publications and government reports.

But it’s not just a question of the language barrier. “There are at least 80 Chinese-language journal papers and some government reports focused specifically on water quality in rural areas of China,” says Cohen, “but almost none of these publications report specific contaminant concentrations or risk classifications, which makes it challenging to try and understand the state of drinking water quality in rural China, or the impacts of various programs and policies.” Cohen and the students are now working on preparing a “systematic review paper” to summarize the results from their work so that English-speaking academics in the WASH and HWT fields may better understand the research literature from China. He hopes the paper will be ready for publication in 2016.

Before coming to Berkeley, Cohen lived in China for three years. He worked on a few United Nations projects there, including one with the International Fund for Agricultural Development (IFAD), where he managed the creation of the Multidimensional Poverty Assessment Tool (MPAT), a monitoring and evaluation tool for rural poverty assessment that has since been used in a number of developing countries. It was also during these years in China that he learned to speak and read Chinese.

All this experience paid off when Cohen began exploring possibilities for his dissertation research. After working for some time to identify an appropriate research partner in China, a colleague from UNICEF introduced him to Tao Yong, the Director of China’s National Center for Rural Water Supply Technical Guidance (NCRWSTG) at the Chinese Center for Disease Control and Prevention (CCDC). The possibility of conducting research on HWT in China began to emerge.

Due to the sensitivity of water quality data in China as well as government reservations about collaborating with U.S. institutions, it took a while for Cohen to build a relationship with the NCRWSTG. After close to a year of discussion and planning, research began in the summer of  2013. 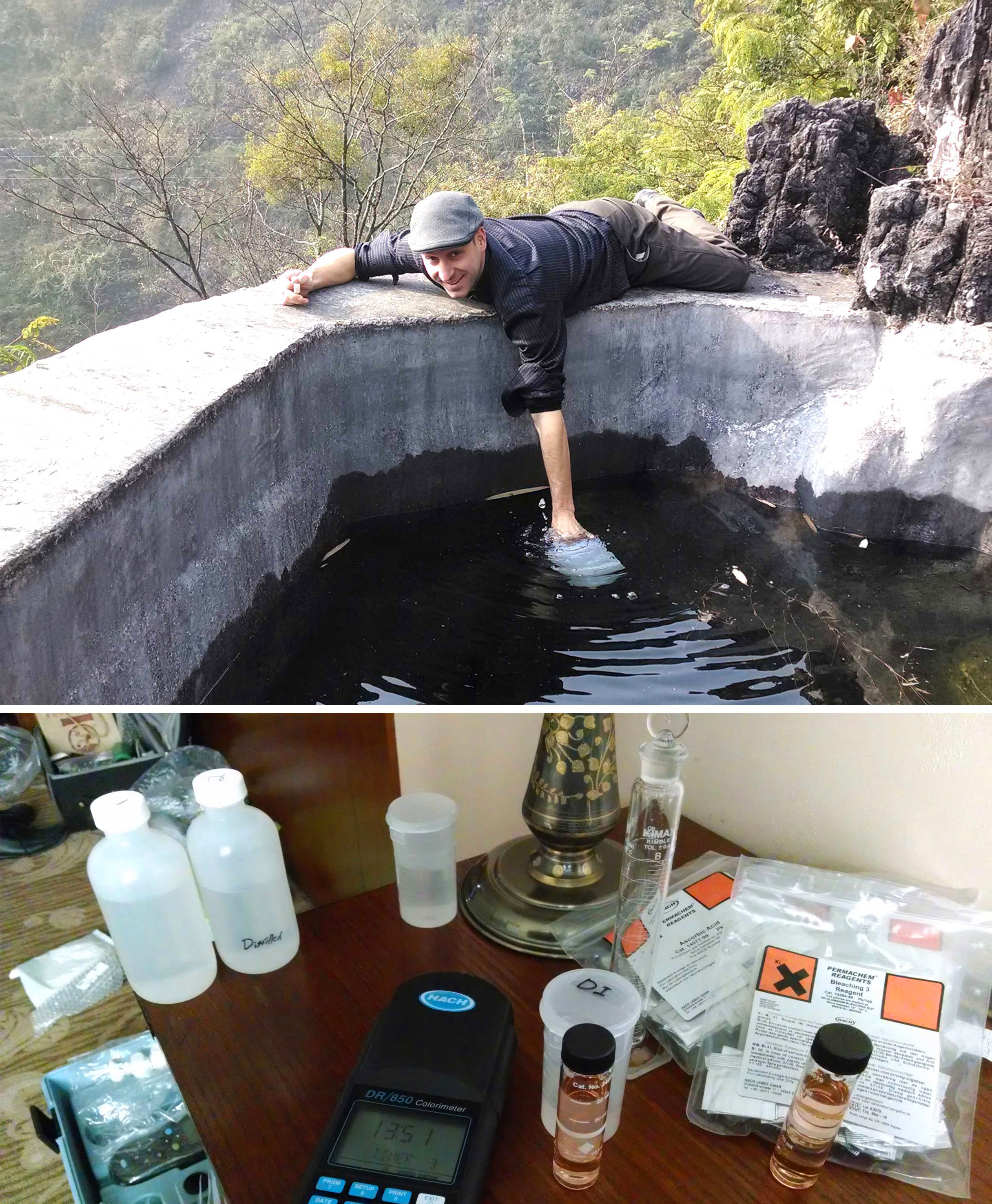 Cohen worked with the NCRWSTG to train CCDC staff in Guangxi Province. They collected data and drinking water samples from 450 households in different villages, including information about drinking water practices, preferences, fuel use, boiling behaviors, household ventilation, and much more. To determine if seasonal differences were an important factor, Cohen and the team returned for a second round of data collection during the 2013-2014 winter. To help understand the information people provided about their boiling behaviors, the research team also placed temperature sensors on kettles and pots in some of the households.

During this time, Cohen was even given clearance to gather his own water samples from the primary drinking water sources in the villages. He’d collect the samples and then take them back to his hotel room to analyze them with a portable water laboratory. Remembering this, a huge smile comes to his face:

“When I started my Ph.D. I had this vision of doing water quality research out in rural China,” says Cohen, “and when I was taking those first water samples I had this amazing feeling that this was it! I was living the dream!”

Hurdles Along the Way 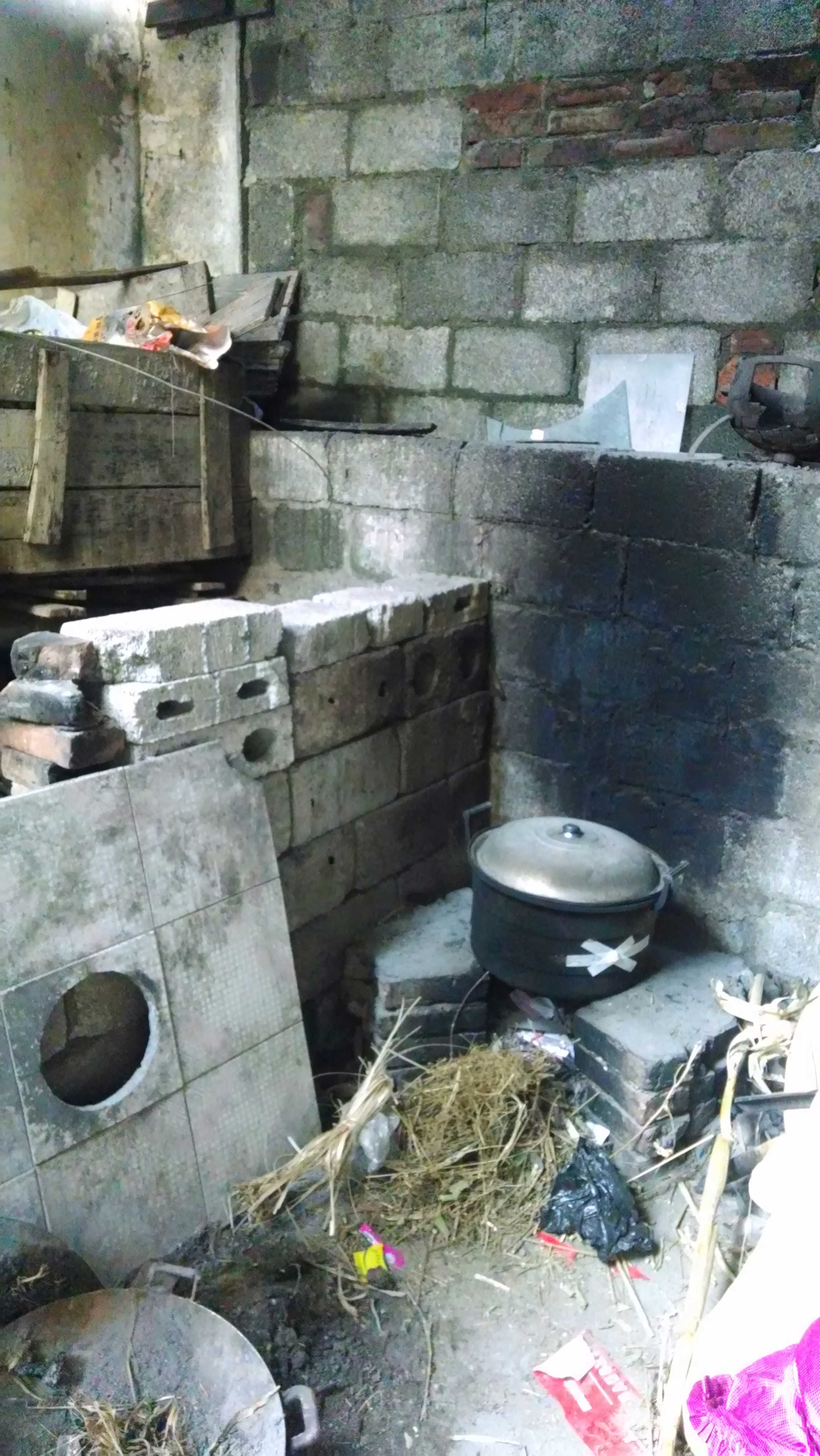 Living the dream didn’t come without its struggles; a number of challenges had Cohen worried that the entire project might fall apart at times. In addition to the challenging year of building relationships and planning before research even began, the most trying time came when Cohen and his collaborators were preparing for the data collection. The plans for piloting and training were delayed and rescheduled a number of times. Adding to the stress were last-minute changes and directives from officials in Beijing and Guangxi.

“It was an incredibly stressful period; I was so anxious to get started but ended up spending months in Nanning [the capital of Guangxi Province] waiting,” says Cohen. “There were so many delays, last-minute requests for additional documentation from Beijing, concerns from the county level CCDC offices, and even a false start with one of the trainings. Fortunately, the director [Tao Yong at the NCRWSTG] understood the value of the research and pushed things forward and in the end it all worked out.”

So what was the key to success? Was it persistence, hard work, relationship building, luck? Probably a bit of each. After they concluded the data collection in Guangxi, the NCRWSTG decided to replicate the research design and use it to understand these issues in a different province.

Before publishing any results, Cohen and NCRWSTG held a “ground truthing” meeting with CCDC staff in Guangxi Province to share the initial results and to gather their feedback. As described in his recent PLOS ONE article, Cohen’s analyses showed that households using electric kettles had the safest drinking water as compared to households boiling their water in pots, or using bottled water, or not treating their water. And this was the case even after controlling for other variables that also influence water quality.

In addition to being the first HWT-focused study in China, Cohen’s research was also the first study in his field to quantify the comparative advantage of boiling with electric kettles over pots and solid-fuels. Electric kettles, of course, don’t create HAP. And because electric kettles have built-in lids that must be closed to boil water, the possibility of recontaminating the water after boiling is very small. 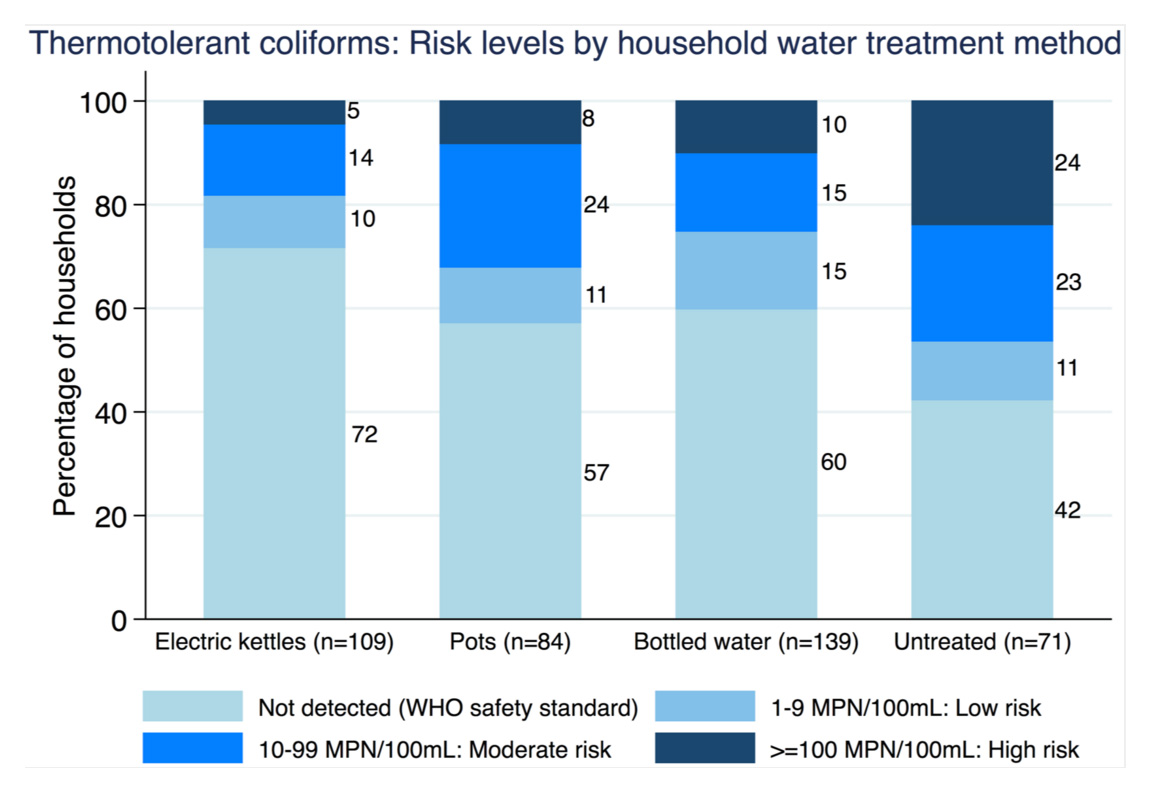 A figure from Cohen’s recent publication.

Based on Cohen’s findings, the director of NCRWSTG wants to evaluate the potential benefits of a national electric kettle promotion program, in the hopes that it could be used to expand safe water access and reduce HAP exposure in poor areas of rural China.

“It’s incredibly rewarding that our research results have such significant and hopefully beneficial implications. But I’m trying to not let myself think past the first stages of the research we’ll need to do to determine if such a [national electric kettle promotion] program would be feasible – let alone justified. But yes, it’s potentially really exciting!” says Cohen.

The collaboration didn’t stop in Guangxi: this fall, Cohen brought it all back to Berkeley when he worked with Isha Ray, co-director of the Berkeley Water Center, Jack Colford, a professor in the School of Public Health, and Mio Katayama Owens, director of CNR’s International & Executive Programs, to invite the director of NCRWSTG and his colleagues to come to Berkeley. The resulting conference, “Water and Health in China and Beyond,” brought UC Berkeley scholars and practitioners together to meet the CCDC delegates and to discuss research and developments related to water treatment, water management, disease prevention, and public health in China, California, and elsewhere. The two groups are now discussing avenues for creating a formal research collaboration to continue investigating the potential of electric kettles in China as well as other research projects.

Alasdair will earn his Ph.D. in Environmental Science, Policy and Management and an MPH in Epidemiology in the spring of 2016. After graduation, he hopes to continue working with the NCRWSTG, CCDC, and Berkeley faculty on applied environmental health research.