A new model developed by members of the Resh Lab can assist researchers in studying how future climate change and pesticide runoff could together impact macroinvertebrate diversity in rivers, which could in turn affect the health of surrounding ecosystems. 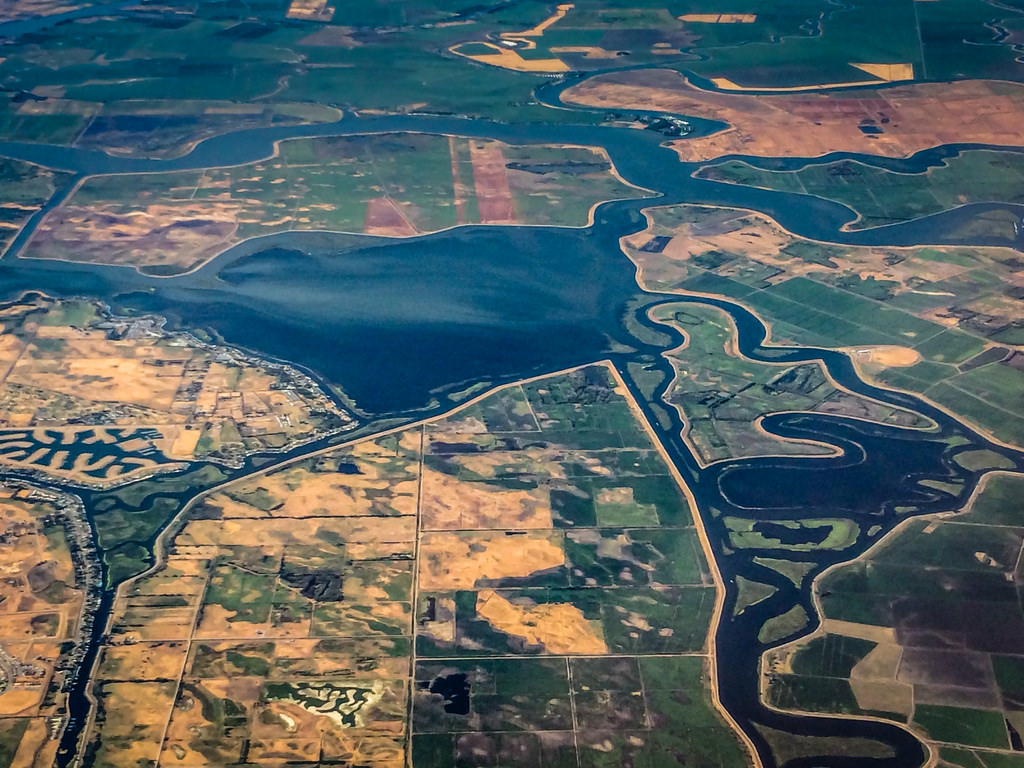 Postdoctoral fellow Ming-Chih Chiu and visiting scholar Lisa Hunt published information about their model and several unique findings made when they applied it to data from the Sacramento Valley in the journal Science of the Total Environment this past January.

The model is highly realistic, taking into account multiple factors such as species traits, presence of riverbank habitats, and spatiotemporal information. It can be used to identify areas with heightened risk of adverse effects from pesticide contamination, and to guide the planning of future management strategies.

Tools such as this model are expected to become increasingly valuable if current climate change trends continue, because high temperatures correlate with larger impacts of pesticides in river environments. When one considers that agricultural communities all around the world depend on pesticides, understanding how their use will impact local biodiversity becomes an issue of global environmental and economic interest.

In developing the model, Chiu and Hunt first sought to calculate the levels of pesticide toxicity they could expect during the periods they planned to model. For this, they used an existing modeling program called the Soil and Water Assessment Tool (SWAT). Pesticide concentrations and toxicity were predicted by considering several different variables, including amount of pesticide runoff, different potential pesticide application scenarios, and how pesticide mixtures behave in rapidly moving water.

One of the key elements at this stage was having accurate data about land-use, pesticide application, and the types of soils found in the Sacramento Valley. “I had worked for many years in California, often at the interface of agriculture and the environment,” said Hunt. “I wanted to take advantage of the large amount of data made available in publicly accessible databases.” She and Chiu utilized such information from several California state agencies, like the Department of Pesticide Regulation and State Water Resources Control Board, as well federal agencies like the United States Geological Survey.

Next, Chiu and Hunt designed a model describing the relationship between pesticide toxicity and macroinvertebrate communities. The model adjusts for several important factors—including seasonal effects and toxic impact of different pesticides on different species—in order to improve the accuracy of its predictions.

Macroinvertebrates in streams and rivers are composed primarily of insect larvae, crustaceans, molluscs, and worms. Some of the most common insects with aquatic larvae that inhabit streams include midges, caddisflies, stoneflies, mayflies, and dragonflies. Pesticide contamination can cause acute stress in these communities, such as short-term motility loss, as well as issues not apparent until viewed on a longer time scale, such as reductions in biodiversity and reduced ability to perform their ecosystem functions.

One of the strengths of Chiu and Hunt’s model is that it takes into account various climate change scenarios when calculating expected pesticide toxicity. This is important because warming and rainfall affect pesticides in different and varied ways, and there is no definite consensus on what the future’s climate will look like.

For example, in periods of drought one can expect less dilution of pesticide residues, which could amplify their negative effects. Conversely, while more dilution occurs in periods of high rainfall, there is also more runoff of pesticides into nearby water sources. Flexibility in considering different climate change scenarios is therefore very important for establishing an effective model.

The study also describes several findings made by Chiu and his colleagues using the new model. For example, they were able to demonstrate that the rate of increase in pesticide use was highest when current average annual temperature was lower than 15 degrees Celsius (59 degrees Fahrenheit) for most pesticides and 17 degrees Celsius for neonicotinoid insecticides. “That means we expect to see the biggest climate change impacts on pesticide effects in cooler areas of the watershed,” said Hunt.

In addition to Chiu and Hunt, study authors included Vincent H. Resh, professor of Environmental Science, Policy, Management in the Division of Insect Biology. This work was supported in part by the Ministry of Science and Technology, Taiwan.