Reposted from the UCANR Report 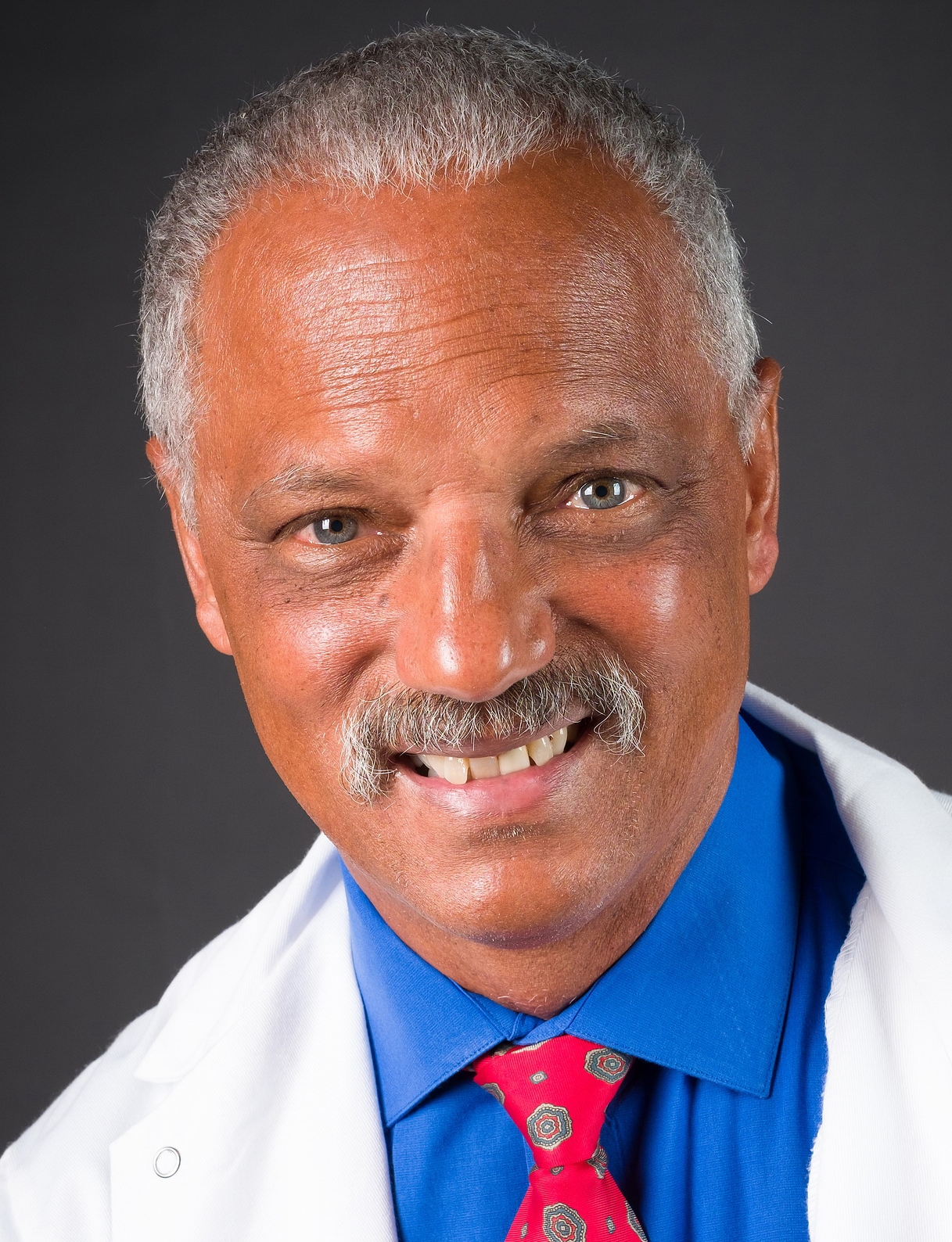 He built a villa for termites, delighted school children with giant cockroaches, did “time” at San Quentin State Prison, traveled the world looking at insects and, in 2016, Vernard Lewis was inducted into the Pest Management Professionals' Hall of Fame. On July 1, UC Berkeley's first African American entomologist retired from a 35-year career as an urban entomologist, the last 26 years as a UC Cooperative Extension specialist.

Lewis has published about 150 papers and delivered more than 700 presentations on termites, bed bugs and cockroaches, but considers building a house for termites a career feat.

In the early 1990s, the UC Cooperative Extension specialist needed a place to test drywood termite detection and control methods. The College of Natural Resources wasn't keen on infesting a building with destructive pests near UC Berkeley's historic buildings, but ultimately allowed Lewis to construct the Villa Termiti in Richmond, about six miles north of campus.

“Babysitting my brothers and sisters sure helped develop my negotiating skills,” said Lewis, the oldest of 10 children.

Built at the UC Richmond Field Station in 1993, the 400-square-foot, wooden structure has been fumigated, x-rayed and featured on the cover of Popular Mechanics. It nearly burned when six test boards were scorched by a microwave device that was supposed to kill termites; Lewis observed termites living in the wood despite the microwaves and fire.  Fortunately, the damage was minor. 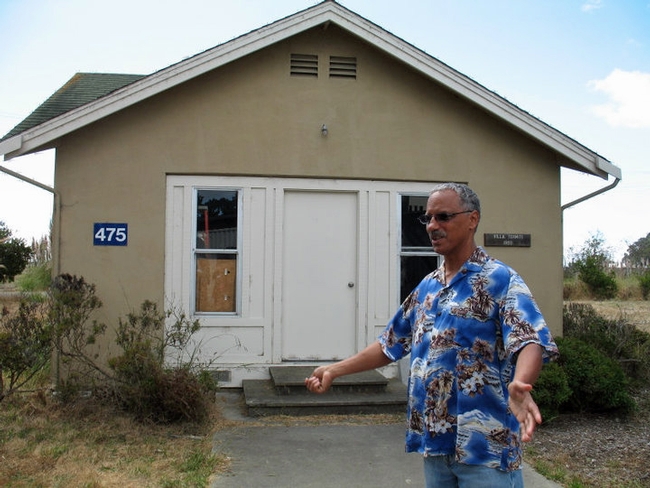 The Minnesota native's interest in insects was piqued as a kindergartner, after Lewis moved from Minnesota to live with his grandparents in Fresno for six years. “California has a lot more bugs because Minnesota is frozen six months out of the year,” he said wryly. “During recess, while other kids were kicking balls, I was catching grasshoppers and feeding them to harvester ants.”

“Vernard has worked on termites with a complex group of stakeholders, he helps the general public and the pest control industry,” said Mike Haverty, retired USDA Forest Service entomologist, who partnered with Lewis on several research projects.

For many years, pest control operators relied on fumigation. As claims were made without scientific basis that microwave, freezing, heating, electricity, orange oil and modified fumigation were effective, Lewis tested the methods.

“If it didn't work in a lab set-up, it's not going to work where conditions are more complex in homes and buildings,” said Haverty, who published a paper with Lewis in 1996 comparing six techniques. “Nothing was as effective as fumigation.”

Lewis showed how best to do spot treatments for termites rather than tenting a whole house for fumigation, which can be expensive for homeowners.

“Urban entomology programs across the country are essentially funded by donations from industry so you have to walk a tightrope in that funding scenario,” Forschler explained. “You don't want to fall prey to telling your sugar daddy what they want to hear. Vernard is clearly not in that league, he has garnered respect and remained an objective scientist.”

“I like to bring live props and get people involved,” Lewis said.

In 1993, for a presentation in front of 300 students at Claremont Middle School in Oakland, Lewis brought a Madagascar cockroach, which measured two to three inches long.

“A kid in the second row asked to see what was in the box. He asked to hold it so I put the cockroach in his hand and he dropped it on the floor. As the cockroach ran around, kids are flying out the door. We're trying to catch it and calm the kids down, calling ‘Come back.' It was wild,” Lewis said, adding, “The Madagascar cockroach is big, but it won't hurt anybody.”

“It's been fun,” said Lewis about his career, but he is quick to point out his academic success wasn't served up with a silver spoon. “I had no spoon,” he said, jokingly.

“My high school counselor said I wasn't bright enough to go to college. I took offense to that,” said Lewis, recalling that he had scored well on the IQ tests that were administered liberally in schools in the 1950s and 1960s. “I asked him what was the best university in the country. He said, ‘UC Berkeley,' so I decided to go there.”

Lewis bought a one-way ticket to California and slept on his Aunt Ethel's couch while attending Laney College in Oakland before transferring to UC Berkeley, where he graduated with a B.S. in agricultural sciences in 1975. 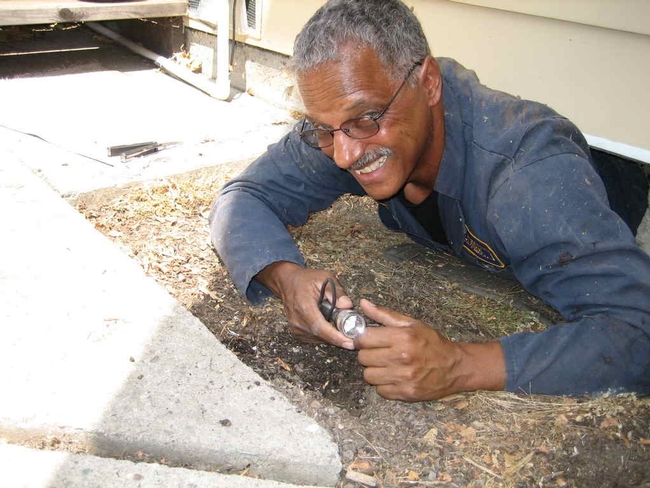 Lewis crawling out from under a house after a termite inspection.

In 1979, Lewis earned an M.S. in entomology at UC Berkeley and started his own pest management business, IPM Systems, Inc., in 1982. Prison trustees affectionately dubbed him “Killer” when he exterminated bed bugs and cockroaches as San Quentin State Prison's vector control coordinator from 1986 through 1988. He earned his Ph.D. in entomology at UC Berkeley in 1989 and continued his entomological research on campus as a postdoctoral fellow.

In 1991, Lewis was hired as a UC Cooperative Extension specialist in entomology in the Department of Environmental Science, Policy and Management.

An advocate for diversity, Lewis is one of 20 entomologists featured in the book “Memoirs of Black Entomologists,” published by the Entomological Society of America in 2015 to encourage black students to pursue careers in the life sciences and providing practical advice on how to become successful in science. Of ESA's 7,000 members, only about 100 are African or African American.

Lewis's research and extension has been honored by several institutions and organizations, including his induction into the Pest Management Professionals' Hall of Fame in 2016, an Urban Entomology award from the Pacific Branch of the Entomological Society of America in 2002 and the Orkin Outstanding Research Award in 1998. The Florida Entomological Society recognized his efforts to promote diversity in the field of entomology by presenting him with its Pioneer Lecture Award in 2015. Lewis delivered a lecture on Margaret James Strickland Collins, the first African American woman entomology professor, whom he knew and admired.

While Lewis's work has focused on California, his career has also taken him out of the country. Lewis was a visiting professor at Kyoto University in Japan in 2011. In 2000, the United Nations selected him as the leader and founding member of its Global Termite Expert Group. He chaired the 20-member group, which worked together on projects from 2000 to 2008. Internationally, mosquitoes are the No. 1 pest and termites are No. 2.

“We couldn't stop the use of DDT on mosquitoes, but we can stop its use on termites,” Lewis said. The UN group presented lower-risk alternatives for termite management and negotiated with pest control professionals in different countries to change their practices. “That was one of the most rewarding projects,” he said, noting that China significantly reduced its use of the insecticide.

In retirement, Lewis looks forward to taking a few months to “clear my mind,” before considering offers from private companies and international contacts. While his wife, Lisa Kala, continues her work in the School of Education at UC Berkeley, Lewis intends to spend more time with their daughter, Aikane, and young grandson, Tahir. He has been granted emeritus status and will continue leading efforts to promote diversity and equity for the College of Natural Resources.