The world’s most important agricultural pollinator, the western honey bee, is facing a crisis. Parasitic mites, colony collapse, and climate change threaten hives. California, as the seasonal home of nearly half of the continental United States’ managed honey bee colonies, is a prime location for monitoring bee populations. And honey bee health, key to the nation’s largest fresh produce economy, is vital to the Golden State. 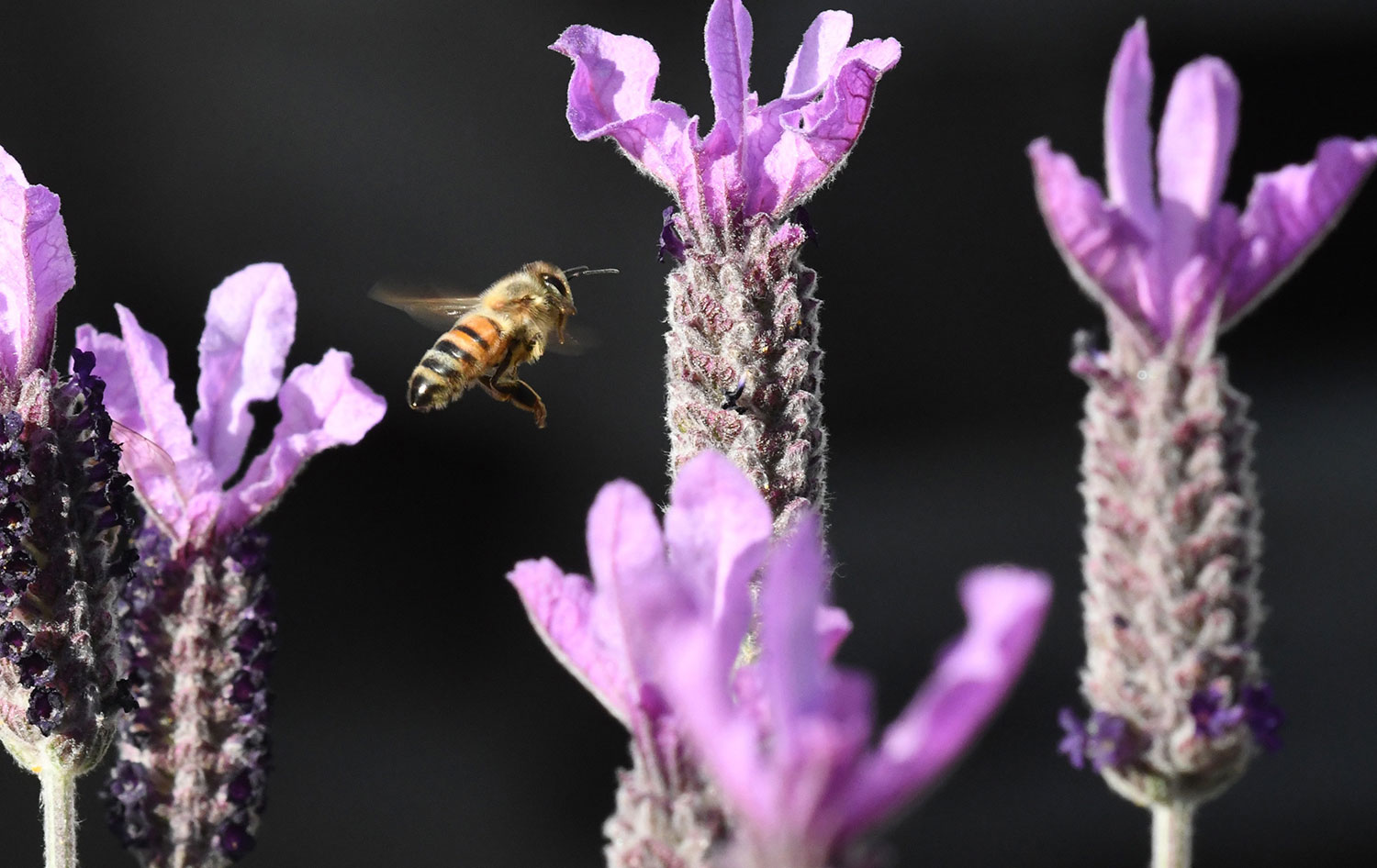 In a study appearing in Genome Biology and Evolution, Professor Neil Tsutsui and researchers from UC Davis provide a genetic snapshot of the state’s honey bee populations, defining how the species has changed over the past 105 years. Their findings could help researchers breed hardier honey bees capable of thriving under many environmental stressors.

“California depends on honey bees for pollination services,” said UC Davis Assistant Professor Santiago Ramirez. “Understanding the amount and distribution of genetic variation of honey bee populations in California is critical to understanding their current state and ensuring their future as a managed species for agricultural purposes.”

Tsutsui and Ramirez found evidence of substantial genetic changes in both Northern and Southern California honey bee populations. With their colleagues, they examined the genomes of historical museum specimens and of bees from modern California populations during the course of their research.

A new take on Africanized bees

Africanized honey bees are known to be more aggressive and produce less honey than their European counterparts, but despite their negative portrayal in popular media, they’re important pollinators. Additionally, they’re able to survive on minimal nutrients and are highly adaptable to their environment.

“The Africanized bees in Southern California are more genetically diverse and are possibly hardier than Northern California bees, which are predominantly derived from managed populations,” said Julie Cridland a UC Davis postdoctoral researcher and co-author on the study. “There’s also some evidence suggesting that Africanized bees are more resistant to Varroa mites.”

Accidentally introduced in the 1980s, Varroa mites spread prolifically and devastated feral honey populations throughout the state. It’s thought that Africanized bees are resistant to the mites due to higher grooming rates and shorter periods between egg laying and larval growth.

Cridland speculates that these Africanized traits could help bolster the hive strength of California’s honey bees.

Uncovering the genetic shifts occurring in California honey bee populations not only gives scientists a picture of the organism’s rapid and recent evolution but provides insights into how researchers might help ensure the species’ survival.

“This type of analysis may help improve breeding practices to overcome current issues with high levels of mortality in honey bees as caused by Varroa mites, pesticides and poor nutrition,” said Ramirez.

With their genetic diversity, Southern California honey bees could help improve the health and resiliency of the species overall and ensure a productive future for California’s agricultural industry, which feeds much of the country.

Read the full story at its source, UC Davis.