The article below by Professor Rodrigo Almeida is republished with permission from Topos Magazine.

Long before globalization began, plants were disseminated across the world, often accompanied by pests and diseases. The establishment of introduced species often led to economic, social, cultural, and environmental changes to our landscapes and their future development. In Italy, the imported bacterial plant pathogen Xylella fastidiosa is killing ancient olive trees, endangering the cultural heritage and an important economic resource in this Southern European country.

Xylella fastidiosa—this bacterium is just as dangerous as the name is fascinating. Although distributed throughout the Americas, X. fastidiosa was first reported in Europe in 2013 after being discovered in olive trees in Italy. The earliest case of a disease caused by Xylella fastidiosa was presented in a study published by Newton Pierce in 1892. As a United States Department of Agriculture scientist, Pierce studied a grapevine disease epidemic in southern California. Today known as Pierce’s disease of grapes, it still causes over one hundred million dollars in yearly losses, yearly, to grapevine growers in California. The bacterium is xylem-restricted and causes disease by limiting sap flow through the water-conducting vessels of infected plants. Despite its significance, there is no cure to any X. fastidiosa disease once plants are infected. Therefore, preventing infection is key to success in limiting the impacts of this major pathogen. The list of hosts that could be harmed is large with over 350 plant species, and includes citrus, coffee, plum, peach, almond, alfalfa, oleander, elm, sycamore, oak, and olive—as in Italy.

The spread from plant to plant

In this case, available data support the hypothesis that ornamental plants carrying X. fastidiosa introduced into the Italian region of Apulia originated from Central America. After introduction, the pathogen adapted to a new host species: widely-grown olive trees. Dispersal of the pathogen from plant to plant requires xylem-sap sucking insects, known as sharpshooter leafhoppers and spittlebugs. The leafhoppers are present primarily in the Americas, while spittlebugs are not only present there but in Europe as well. Thus, vectors were already established in olive orchards. 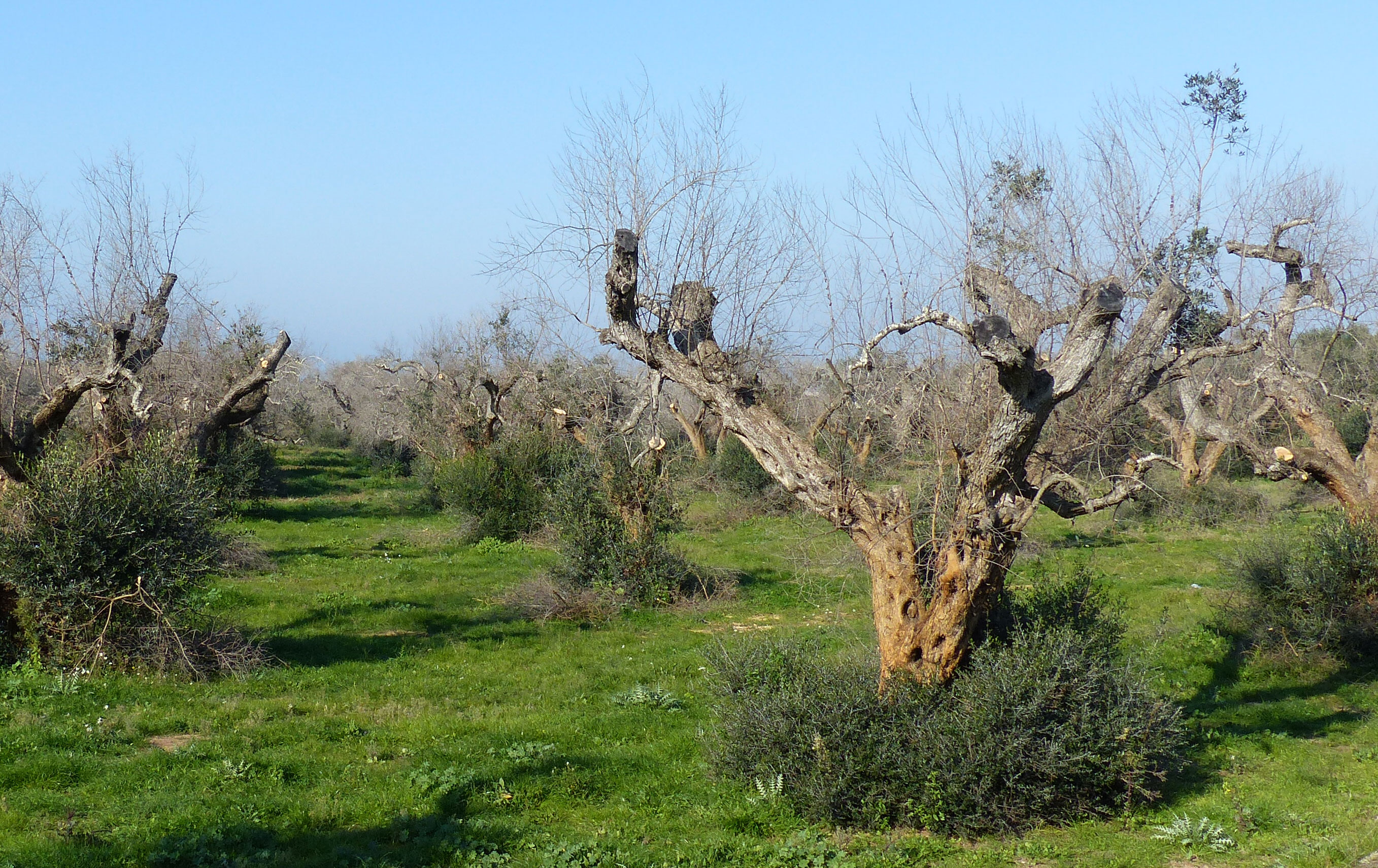 A fatal spiral on every level

Pathogen and pest eradication efforts are challenging to implement successfully; they require buy-in from affected stakeholders soon after the introduced organism is discovered, and are generally based on perceived risks to local economy and landscape. Because X. fastidiosa caused diseases have no cure, strategies to restrict pathogen spread involve the destruction of diseased and potentially healthy plants, as well as pesticide applications. The olive tree disease in Italy has extra layers of complexity, including the fact that olive trees in Apulia have cultural and societal value, are a tourist attraction, and represent a major agricultural and economic resource. The latter includes olives and olive oil, in addition to the broader industry that relies on olive oil. Furthermore, olive trees are keystone species in the environment, with vast groves dominating the landscape, and provide an array of ecosystem services. In the face of this epidemic, political entities were not able to organize and engage stakeholders in the decision-making process, resulting in ongoing social turmoil and, ultimately, no effective strategy to manage the incipient outbreak. The epidemic continues to ravage the landscape as a result. Environmental problems like this require trust among partners and agreements are difficult to reach, often requiring compromise. In addition to these challenges, doubt and mistrust were deliberately sown through a network of groups and individuals with distinct but converging agendas, focused on blocking the establishment of mandated disease control strategies. Pseudoscientific information permeated through local society via traditional as well as social media platforms.

.This effort included questioning the origin of the pathogen introduction, if the bacterium is causing the olive tree disease, and even if X. fastidiosa exists. Furthermore, activists had some success in influencing political decisions, primarily locally, effectively eliminating any practical effort to control the epidemic. Finally, science and scientists were attacked, leading to broad distrust of scientific information; researchers were formally investigated for allegedly misleading public agencies and not providing immediate solutions to the problem. Although all stakeholders share the same goal of limiting or eliminating the impacts of X. fastidiosa, farmers are concerned with the immediate threat of losing their livelihood, and environmentalists argue that mandated solutions from the European Commission are too draconian, while the Commission itself is concerned about the local situation but also desires to limit the advancement of the disease and protect other areas of Italy and Europe.

How to eliminate something invisible?

In this complex social landscape, X. fastidiosa continues to expand, leaving behind large swaths of dead trees. It is difficult to determine the consequences of this epidemic. While some economic losses may be quantifiable, potential losses due to reduced tourism for example are more difficult to estimate. More importantly, the landscape has changed dramatically in just a few years, from one dominated by monumental trees that were hundreds if not over one thousand years old, to another with dead trees that remind onlookers of what has been lost. The impact of changes to the landscape and ecosystem functions are not easy to determine, if this is even possible at all. Furthermore, there are cultural and social losses, in addition to feelings of grief and injury, and the fact that this epidemic may change the landscape of Apulia forever. The stakes are high, and after almost five years since the first report of X. fastidiosa in Apulia, there is still limited, but increasing, evidence that stakeholders are working together towards shared goals. 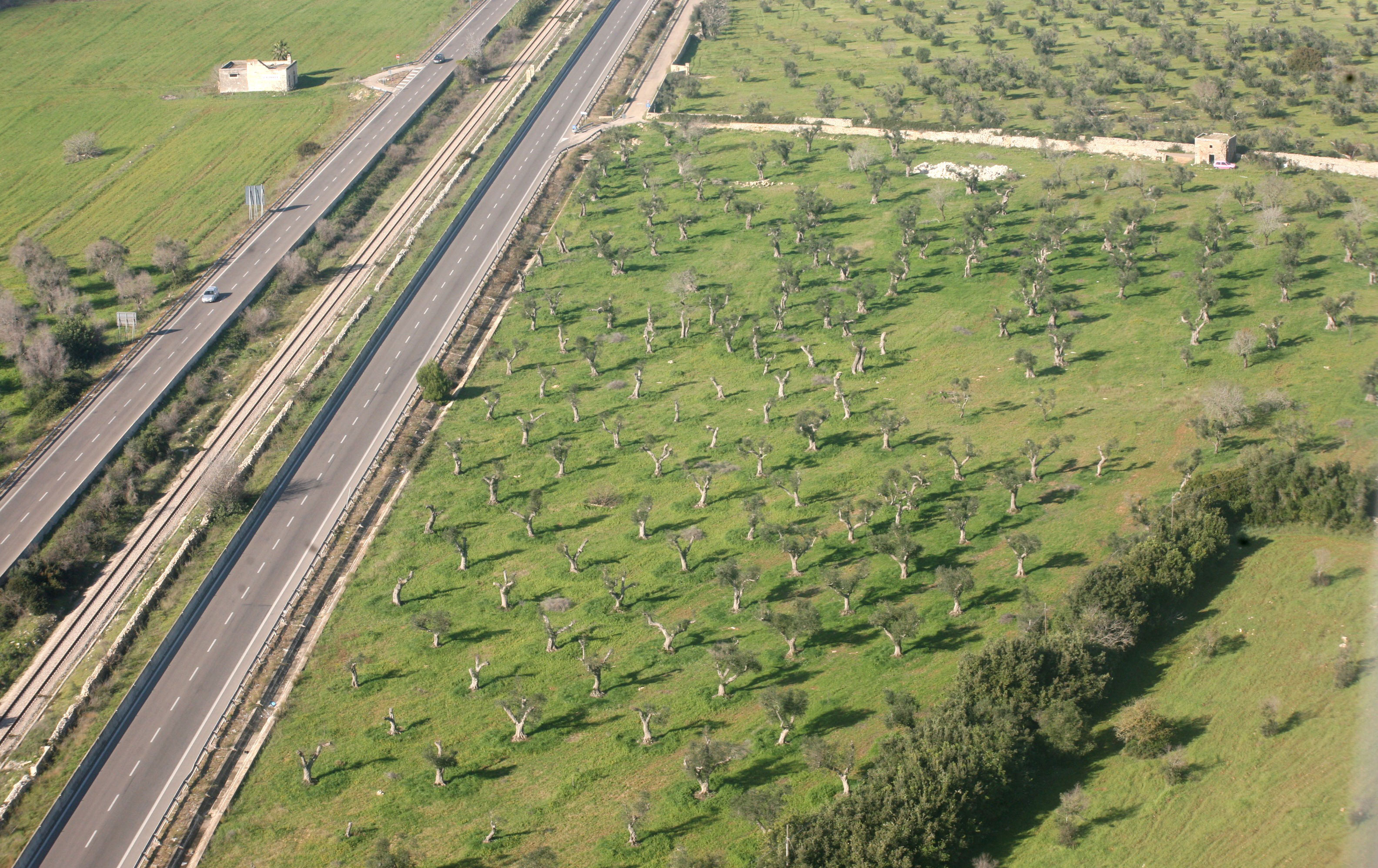 One consequence of the Apulia epidemic is that other European countries initiated surveillance programs to search for the bacterium.  It has now been found in large areas of France and Spain. Importantly, these were demonstrated to be independent introductions that were established locally. The age of each introduction needs to be determined, but most likely all are decades old. This is important for two reasons. First, the fact that multiple genotypes of the pathogen are present in Europe means that the Mediterranean basin provides adequate conditions to support X. fastidiosa growth and spread. Second, different genotypes of this bacterium are pathogenic to different host plant species; for example, while olives orchards are being attacked in Italy, almonds trees are dying in Spain; more introductions mean more crop plants at risk. In addition, the presence of various genotypes of X. fastidiosa in Europe is of significant concern to the scientific community, because much of the flora is distinct from the Americas, and it is not currently possible to predict which plant species may be susceptible to disease. Awareness of the threats of X. fastidiosa has increased dramatically in several countries that are already affected or are at risk, leading to the development of specific risk assessment efforts as  well  as  plans  to  better  manage  introductions.   Governmental   agencies,   various stakeholder groups, as well as scientists have started to work more closely to seek solutions. Because X. fastidiosa is a quarantine pathogen in Europe, efforts to eradicate and contain outbreaks  are  mandated  by  the  European Commission. Guidelines include the elimination of symptomatic plants (uprooting), as well as surrounding hosts that may harbor the pathogen, regardless of disease symptom expression or pathogen infection status. While procedures for these efforts exist a priori, specifics are necessarily lacking as quarantine pathogens are by definition previously absent from a particular location, and as such there is no on-site research on their biology and spread. In other words, mandated guidelines are based on sets of reasonable assumptions. Furthermore, scientific research requires time to answer questions, often several years. In the meantime, quarantine efforts must be immediately implemented to reduce risk. Therefore, a balance must be reached between risk and the appropriateness of measures to eradicate or manage a pathogen after it has been introduced.

There is much to do and a lot to lose

X. fastidiosa poses a significant threat to natural, agricultural, forest, and urban landscapes. Governmental agencies, private and public institutions, as well as farmers, environmentalists, scientists, and the public in general should be educated about the risks this pathogen poses, and be engaged in developing strategic plans on how to work together in cases where the pathogen has been introduced. There is a lot to lose if X. fastidiosa plant disease epidemics go unchecked.

Commenting on the above article, Professor Emeritus Alexander H. Purcell noted UC Berkeley and the College of Natural Resources’ research on X. fastidiosa: “UC Berkeley has a long history, dating back to the early 1940s, of making major strides towards understanding the epidemiology and control of plant diseases caused by the bacterium X. fastidiosa," he said.  "The Department of Environmental Science, Policy, and Management’s involvement with X. fastidiosa dates back to its predecessor in the early 1940s and has continued unabated since then. The College of Natural Resources certainly remains the world's most important center for advancing research on this expanding worldwide threat, and scientists like Professor Almeida collaborate with researchers from all over the world to study diseases caused by X. fastidiosa."