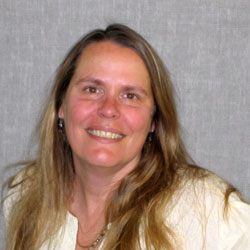 Environmental Science, Policy, and Management professor Lynn Huntsinger won a $25,000 research grant from the Li Ka Shing Foundation for Women in Science. The award was announced February 15, 2012, and must be spent during the 2012 calendar year.

The program is funded by the Chau Hoi Shuen Foundation in honor of Hong Kong entrepreneur and philanthropist Li Ka Shing to support the advancement of women in science in China, and to foster scientific and scholarly collaboration between scientists in the United States and China.

The grant supports educational and research projects that have a collaborative counterpart with a female scientists from China. Huntsinger will collaborate with Peking University professor Li Wenjun, researching how herders in northwest China experience and cope with climate and ecosystem change. One focus will be on the difference between the experiences of men and women.

Huntsinger’s research goals are to learn how long-term, sustainable management of rangelands can be created, and to contribute to the growing body of literature and theory surrounding the concept of socio-ecological systems. Li Ka Shing’s generous support of the UC Berkeley campus was acknowledged with the prestigious Berkeley Medal in October, 2011, at the formal dedication of the Li Ka Shing Center for Biomedical and Health Sciences. The new center, which was propelled forwarded by Li’s lead donation of $40 million, is the nexus for a wide variety of multidisciplinary research at Berkeley that pursues ways to prevent the root causes of diseases such as cancer, Alzheimer’s, HIV, and tuberculosis.