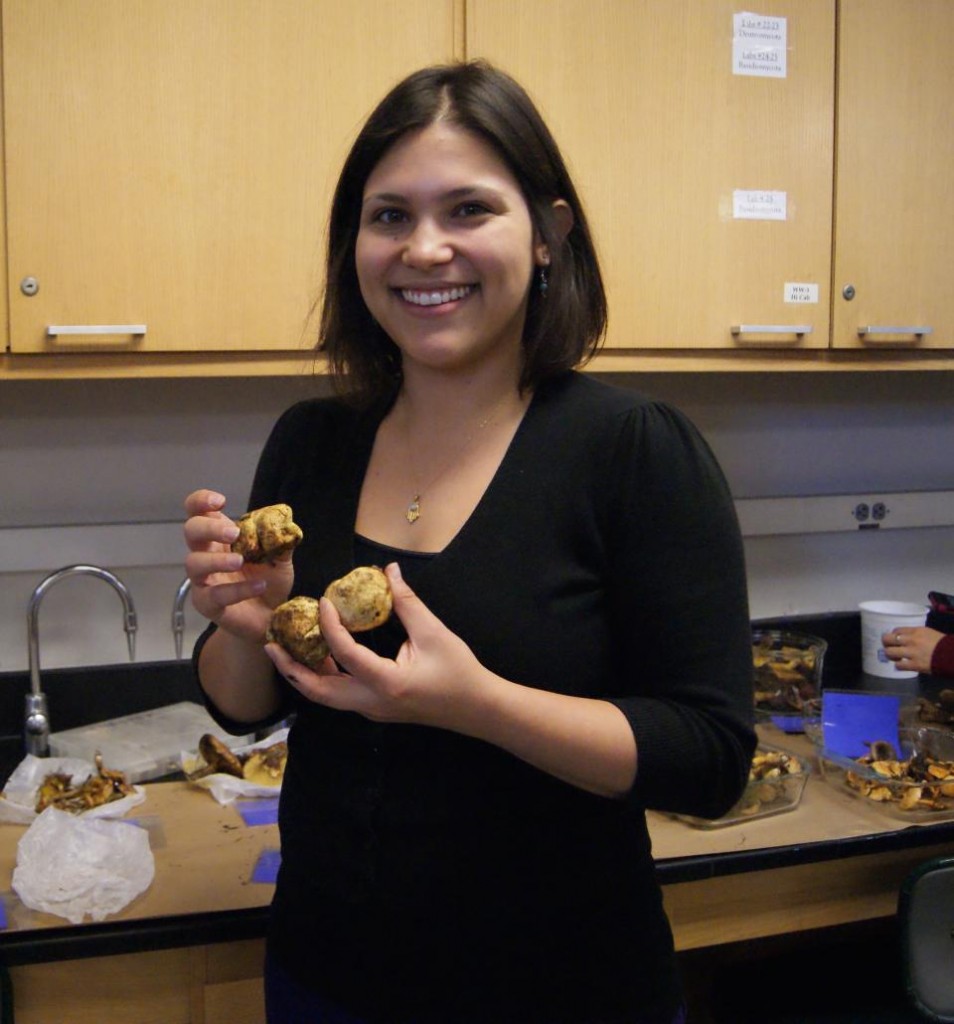 An extensive study by an ESPM graduate student has found that a rich, fungal spore bank under the devastating Rim Fire two years ago remained intact and sparked the rebirth of new plants, trees and seedlings.

Spore bank fungi are adapted to disturbances to serve as partners for regenerating trees; there were even some fire-adapted fungi that increased in abundance following the blaze. Sydney Glassman closely studied the Rim Fire of 2013, one of the most devastating blazes in California’s history. It was the third largest fire in California history, burning 257,314 acres.

Glassman and her colleagues in Tom Bruns’ lab in the Department of Plant & Microbial Biology had already been researching and observing long-term plant and fungal diversity in the area, and the symbiotic interplay between mycorrhizal fungi and trees. When the Rim Fire came along and destroyed their long-term study plots, Glassman took that opportunity to check the viability of the fungal spore bank just underneath the fire, and test the potential for rebirth.

A paper on the research, which Glassman co-authored with Carrie Levine, Angela DiRocco (a former IB undergraduate student), John Battles, and Thomas Bruns, was published in the October, 2015 issue of ISME Journal, a multidisciplinary journal of microbial ecology.

Read the full story on Sydney Glassman and the research on the Department of Plant & Microbial Biology website.