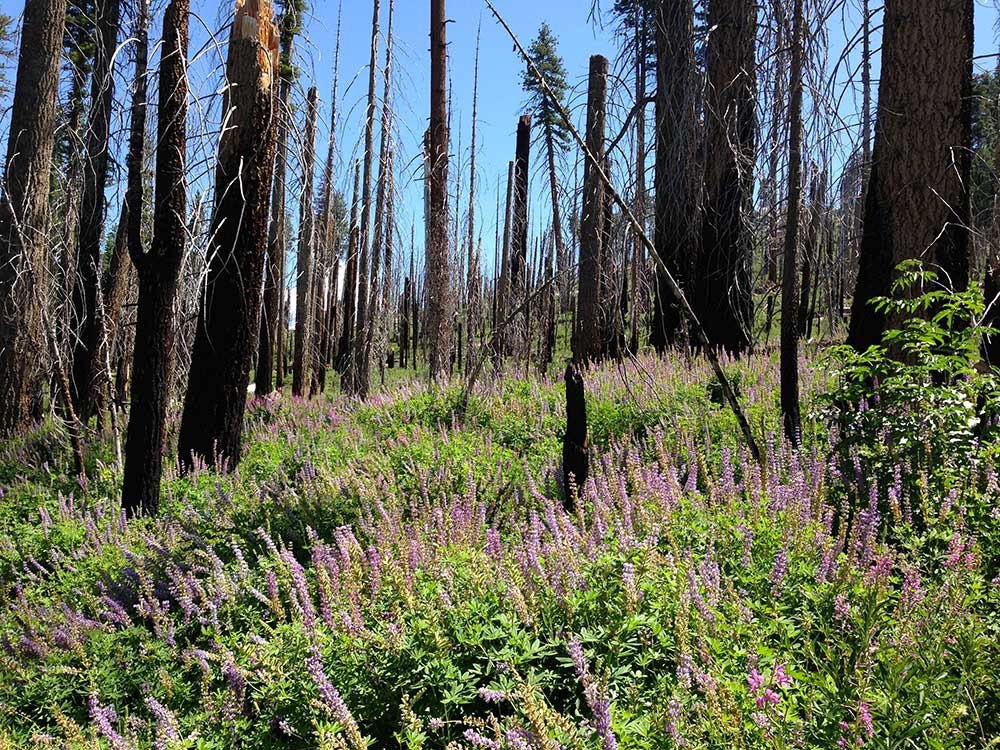 Landscape shaped by fire. Hundreds of lupins and fireweed. Photo by Leithen M'Gonigle.

A team of CNR researchers has found that a diversity of fires can promote the existence of more varied flowering plants and pollinators in an ecosystem, while also buffering against the negative effects of drought.

In a study published this week in the journal Global Change Biology, the group explains their examination of pyrodiversity—the varying extent, severity, and frequency of fires within a region—in Yosemite National Park's Illilouette Basin. Their findings show that pyrodiversity is positively related to the richness of the pollinators, flowering plants, and plant–pollinator interactions in that ecosystem.

“We don’t usually think of forests as important places for supporting pollinator diversity, likely because we are accustomed to seeing homogeneous, closed-canopy forests maintained by fire suppression,” says lead author Lauren Ponisio, who is a Ph.D. candidate in the Department of Environmental Science, Policy and Management (ESPM).

Those modern forests are the result of fire suppression over the last 100 years, says Kate Wilkin, also a Ph.D. candidate in ESPM and co-author on the study. Historically, forests looked very different: lightning strikes frequently started fires, which were allowed to burn and eventually were extinguished by winter precipitation. These lightning-ignited fires consumed dry wood and small trees, thus starving future fires of fuel.

But today’s forests haven’t gone through this “thinning out,” explains Wilkin. “They have more trees than in the past, and the trees' branches reach the forest floor,” she says. “If a fire occurs, it easily finds a path from the forest floor into a tree's canopy, then into its neighbor's canopy, spreading far and fast and killing many trees.”

In addition to fire suppression, climate change also contributes to severe fires through extreme droughts, which makes all of the plants in the forest dry like kindling. “In combination, fire suppression and climate change fuel fires where nearly all trees across large areas die, such as during the Rim fire, which left tens of thousands of acres of blackened trees,” says Wilkin.

Areas where natural fire patterns have been able to reestablish are a different picture entirely: “they become a patchwork of forest, shrub fields, and meadows,” says Ponisio. 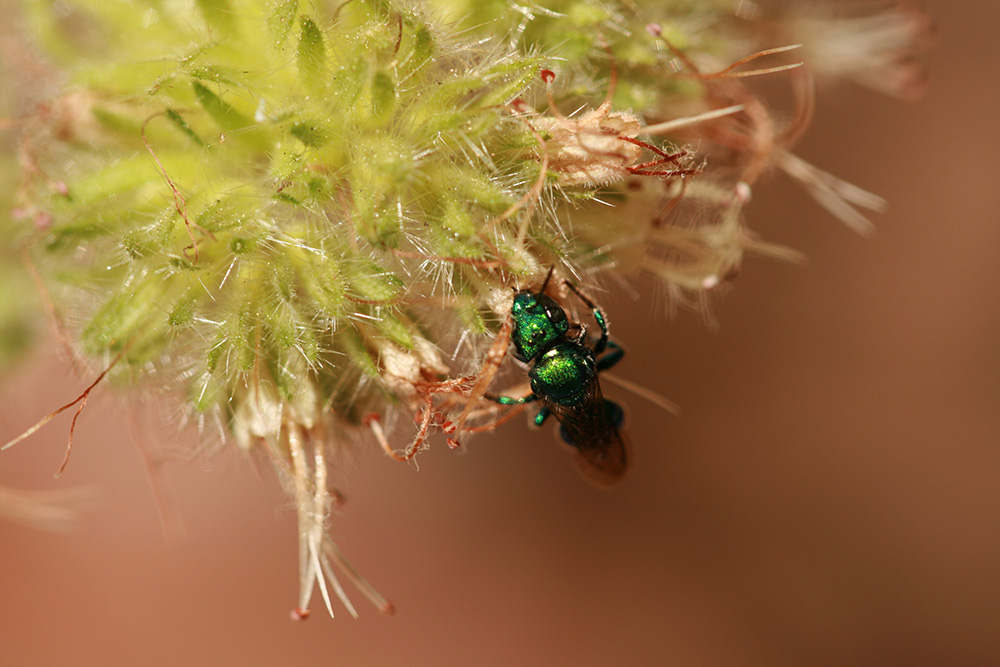 Osmia bee visiting a plant. The research team caught 36 different species of Osmia during their survey. Photo by Lauren Ponisio.

She and the research team surveyed plant and pollinator communities in the backcountry of Yosemite’s Illilouette Basin, where natural fires have been allowed to burn since the 1970s. Their key results—that a more diverse fire history supported more species of flowering plants and pollinators—add further support to the growing case to restore natural fire as a forest management technique.

“We hope our results will encourage forest managers to place more significance on burning under a wider range of fire conditions, says Ponisio. “The combination of Wildland Fire Use and prescribed fires with varied burn conditions will prevent homogenizing mega-fires such as the Rim Fire. These management strategies are already recommended, and our results affirm that their usage should continue and hopefully also expand."

Read the full article at the source

RT @UCANRpam: TOMORROW Extension Virtual Chat Book Club: Getting to the Heart of Science Communication with
@frkearns, @victorygrower &amp; me…

ICYMI: From #pollution to #policing, this Asian-American group is expanding #environmentaljustice in the #BayArea.… https://t.co/flE1u6EdOf