As an expert in natural resources, public policy, and rural systems, professor Claudia Carr has spent more than three decades researching development and conservation issues in eastern Africa, South Asia, Latin America, and the South Pacific. Along with her policy-oriented and field-based research, Carr has consulted for African governments, the National Research Council, development agencies, and civil society organizations. Her most recent research examines the environmental and socioeconomic consequences of river basin development and policy and how the changing landscape of natural resource access impacts indigenous populations. This work has culminated in the publication of a book, River Basin Development and Human Rights in Eastern Africa — A Policy Crossroads (Springer Publishing, 2017). The book is Open Access, with more than 15,000 downloads since its release earlier this year.

In this interview, Carr discusses her field research, and the environmental and policy implications of river basin development in Eastern Africa.

When did you first travel to East Africa and what led to your research projects there? 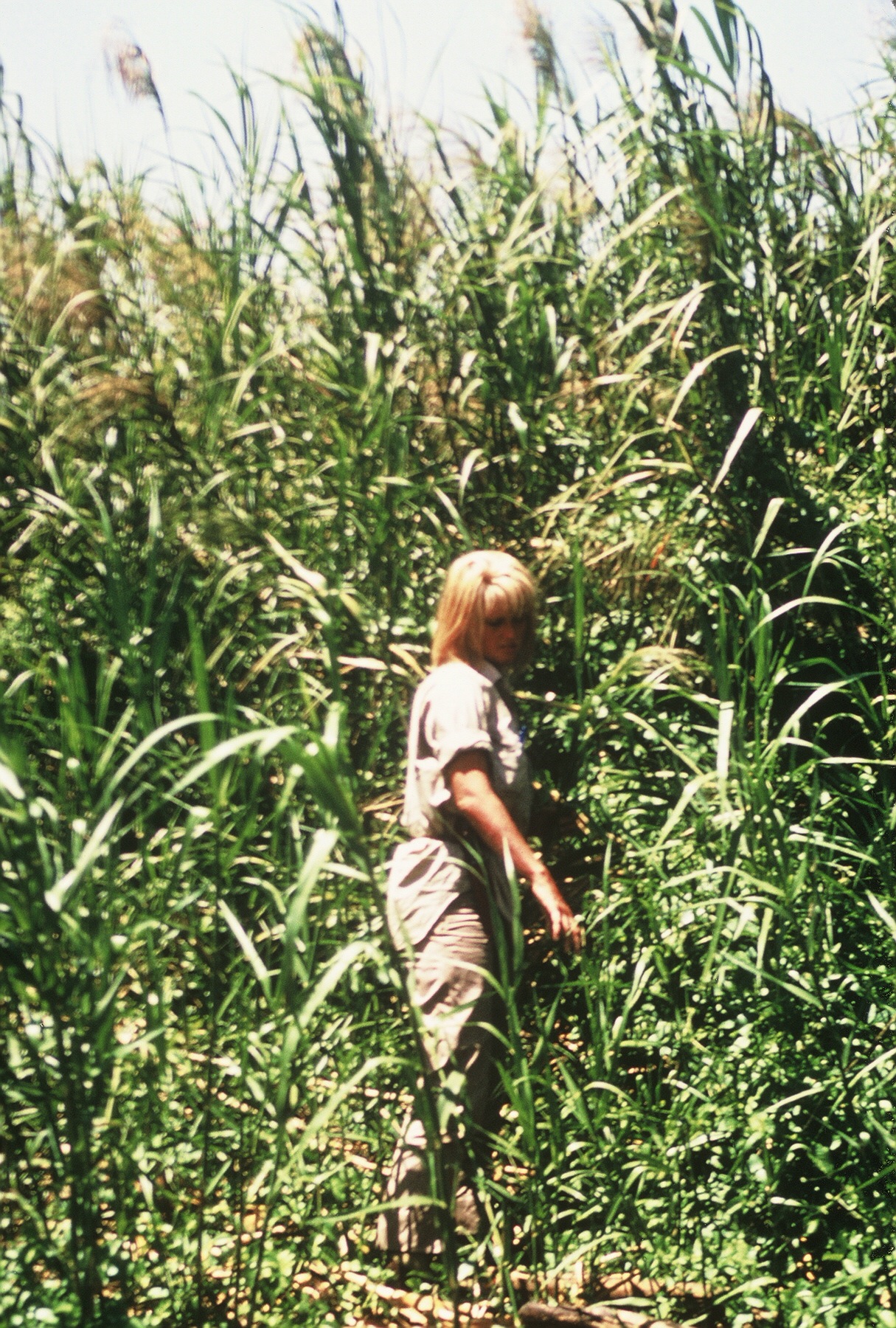 During my doctoral work at the University of Chicago, I was invited to join a major research program in southwestern Ethiopia: the Omo Expedition, led by well-known scientists Richard Leakey and F. Clark Howell. This expedition was unprecedented in terms of its environmental, paleontological, and anthropological scope. Charged with researching the plant and soil communities in the semi-arid borderlands of Ethiopia, Kenya and South Sudan—a remote region previously unstudied by outside investigators—I quickly determined that studying the resource usage of region’s indigenous populations was essential to accomplishing this task.

I was also confronted with the reality that even the peoples residing in this marginalized region had experienced the impacts of policy decisions made by African governments and international development agency centers. Combining the investigation of local environmental and socioeconomic systems with that of public policy systems formed a pillar of my next thirty-plus years of research, consulting, and teaching. In recent years, it also formed the basis for much of my river basin investigations when invited to return to the tri-nation border region.

What does a day of conducting field research look like? How do you gather data and what challenges come up in this type of research?

As in any semi-arid regions of Africa, the Ethiopia, Kenya and South Sudan borderlands are challenging in terms of both physical survival and implementation of research plans within a limited time framework. Conditions frequently shift abruptly so flexibility is a key part of conducting successful fieldwork. Most days in the region involve research activities ranging from surveying environmental and socioeconomic conditions, conducting ecological studies, or livelihood investigations in pastoral, agropastoral or fishing communities. These often require in-depth interviews with prominent community members and elders, and discussions with local government or aid officials. Beyond the obvious use of these conventional research methods, drawing on the knowledge of indigenous communities—knowledge that is rooted in centuries of experience—is essential in order to form a genuine understanding of the complex environmental and socioeconomic systems at hand.

How have East African populations been economically and environmentally affected by river basin developments?

Major dam constructions in semi-arid African regions have generally produced highly negative environmental and socioeconomic consequences, particularly for indigenous and other rural populations residing downstream. The largest dam constructed in Africa to date, and one of the tallest in the world, is the Gibe III dam in southwestern Ethiopia. This megadam is primarily designed to produce electricity for commercial and industrial purposes, with a large proportion of the power destined for export to Kenya and multiple surrounding nations via a major transmission system presently under construction. The Gibe III dam’s radical reduction of downstream Omo River flow and Omo dependent Lake Turkana in Kenya is causing livelihood devastation for at least 500,000 highly marginalized pastoralists, agropastoralists, and fishers.

Violations of internationally recognized human rights, especially by the Ethiopian government but also the Kenyan government, are extensive and continue to increase. International development banks and major bilateral aid agencies are essentially collaborators in these violations, often acting in breach of their own prescribed procedures.

A policy crossroads has now emerged, with a clear mandate for reconsideration of alternative development futures. This matter is summarized in my book, with emphasis on the need for development action within a human rights framework with provision for the region’s sustainable economic future, genuine participation of indigenous populations most directly affected by development policies, and the preservation of the natural heritage of the African states concerned.

Can you discuss how governments are addressing these human rights issues and the environmental impacts of these developments?

To date, the human rights have been largely ignored in public policy. My book outlines the empirical basis for the identification of these violations, the United Nations recent recognition of the Human Right to Water, as well as previously U.N. acknowledged human rights to livelihood, health and freedom from political repression.

Since it is unlikely that internationally financed African states would voluntarily reverse their human rights violations underway, the locus of change likely rests with intensified and coordinated pressures on the international development banks and related aid institutions by their pubic constituencies—civil society/non-governmental organizations and a wide range of watchdog agencies—to observe their own internal regulations by halting their funding for such destruction and instead, help lead the movement to reformulate water resource and energy development approaches in African drylands and elsewhere. 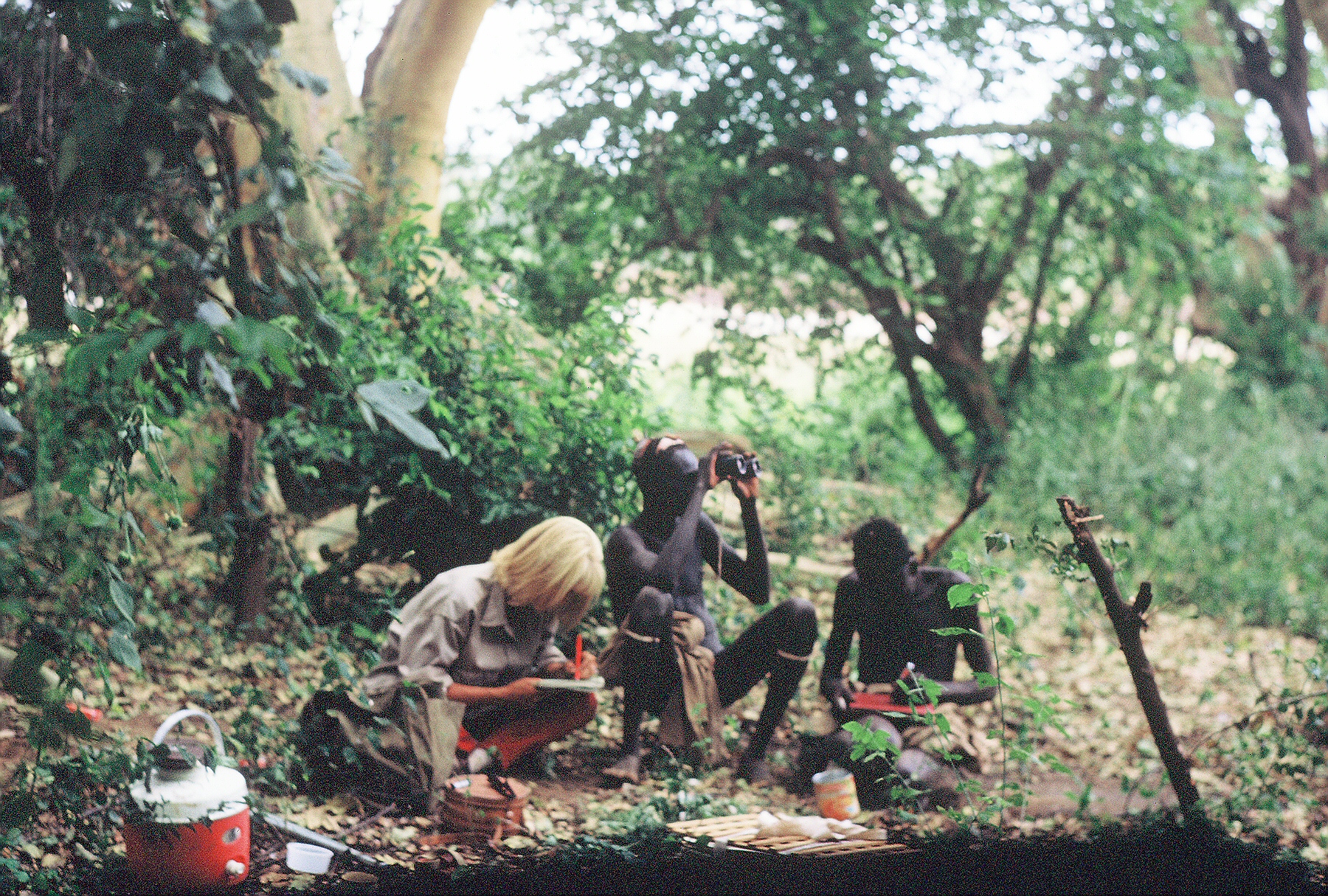 Carr, seated next to Dasanech men, documents plant collections in the Omo Riverine forest in Ethiopia.

You dedicate your book to the young people of the region who “carry on the struggle to direct their own futures.” What impact has working closely with this group of young people had on your research and your personal relationship with/to East Africa?

My decades of experience in the Horn and Eastern Africa has created close connections with many communities and individuals among Somali, Ethiopian and Kenyan peoples. While most remote communities in this region have long remained uninformed and unaware of the specific political and economic forces impinging on their lives, this situation is rapidly changing. Rural peoples, including even the most traditional ones such as those residing in the Omo River and Lake Turkana region, increasingly understand their right to participate in decision-making that affects their own future.

Villagers from communities throughout the region—from elders to youth—have long been my colleagues in investigations, as well as my teachers, in my understanding the changes underway in this region of the world.

What is the focus of your current research and what are your plans for future projects?

I am continuing to detail the policy implications of my research in river basin development for future policy concerns concerning African drylands. This work is significantly expanded through my cooperative research with colleagues here at Berkeley and elsewhere concerning the complex, energy and extractive industry development in Africa and developing economies in other regions. These endeavors point to the importance of considering new directions for future public policies concerning the development and the conservation of these resources. In the end, the key loci for change reside with sharply increasing both transparency and accountability in institution-based decision making concerning development and conservation.