I am primarily involved in research concerning alternative types of rural development policies in terrestrial (especially drylands and river basin environments) and coastal and offshore resources in the ‘Third World.’ My approach to development problems, for a number of years in Africa but also in parts of Latin America and Asia, entails identifying the global, national and local processes involved in development (and conservation), including the constraints they present for state and locally based policy and practice. The international aid process provides a major focus of this work, largely because of its pervasive influence on development policy and practice in developing countries. Beyond the consideration of international and national level political and economic influences in local development policies, my work focuses on internal ethnic and socioeconomic conditions and the changing nature of the natural resource base itself as factors of recent historical change and future resource management options. Much of my research has involved ‘indigenous’ populations and their resources, from African agropastoral to coastal agro-fishing economic contexts, including in western Latin America and the southern Pacific region. My work in recent years has focused on water resources — specifically, river basin development — in Eastern Africa:  the socioeconomic and economic consequences of large hydrodam/hydroelectric development, the public policy (governmental and inernational aid)  underpinnings of such development, and the human rights concerns involved.  The results of this work are  available in my book recently  released by Springer Publishing, entitled, River Basin Development and Human Rights in Eastern Africa:  A Policy Crossroads .   It is available online as a free download at the Springer website.  Here is a back cover description of the book:

"This book offers a devastating look at deeply flawed development processes driven by international finance, African governments and the global consulting industry. It examines major river basin development underway in the semi-arid borderlands of Ethiopia, Kenya and South Sudan and its disastrous human rights consequences for a half-million indigenous people. The volume traces the historical origins of Gibe III megadam construction along the Omo River in Ethiopia—in turn, enabling irrigation for commercial-scale agricultural development and causing radical reduction of downstream Omo and (Kenya's) Lake Turkana waters. Presenting case studies of indigenous Dasanech and northernmost Turkana livelihood systems and Gibe III linked impacts on them, the author predicts agropastoral and fishing economic collapse, region-wide hunger with exposure to disease epidemics, irreversible natural resource destruction and cross-border interethnic armed conflict spilling into South Sudan. The book identifies fundamental failings of government and development bank impact assessments, including their distortion or omission of mandated transboundary assessment, cumulative effects of the Gibe III dam and its linked Ethiopia-Kenya energy transmission 'highway' project, key hydrologic and human ecological characteristics, major earthquake threat in the dam region and widespread expropriation and political repression. Violations of internationally recognized human rights, especially by the Ethiopian government but also the Kenyan government, are extensive and on the increase—with collaboration by the development banks, in breach of their own internal operational procedures. A policy crossroads has now emerged. The author presents the alternative to the present looming catastrophe—consideration of development suspension in order to undertake genuinely independent transboundary assessment and a plan for continued development action within a human rights framework—forging a sustainable future for the indigenous peoples now directly threatened and for their respective eastern Africa states. "

In these research projects, I am investigating the problems of international aid and investment in both river basin and marine fisheries/coastal related development. This research involves institutional analysis of a variety of multilateral development bank, bilateral and other international aid agencies, their prevalent relations with private capital, states and communities, and the contrasting resource management policies they pursue (for example, in defining and implementing ‘sustainability’ oriented policies). Along with identifying these patterns in the aid process, these studies entail regional and country case studies, including in Africa, South Asia and elsewhere.   My research concerning fisheries related development (extending to port and harbor development, coastal based aquaculture, etc.) is designed to help elucidate the striking differences in development and conservation policies and to consider alternatives in instances where fundamental management problems are identified.The relationship between management systems of these resources and those in contiguous river basin and interior regions is a strong component of my current interests. An ‘extended coastal zone system’ of management and resource analysis is formulated and detailed through country studies. 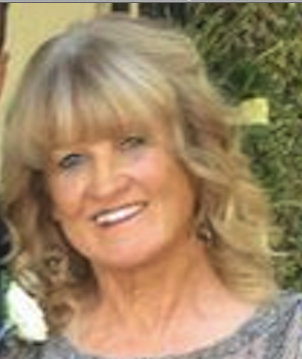