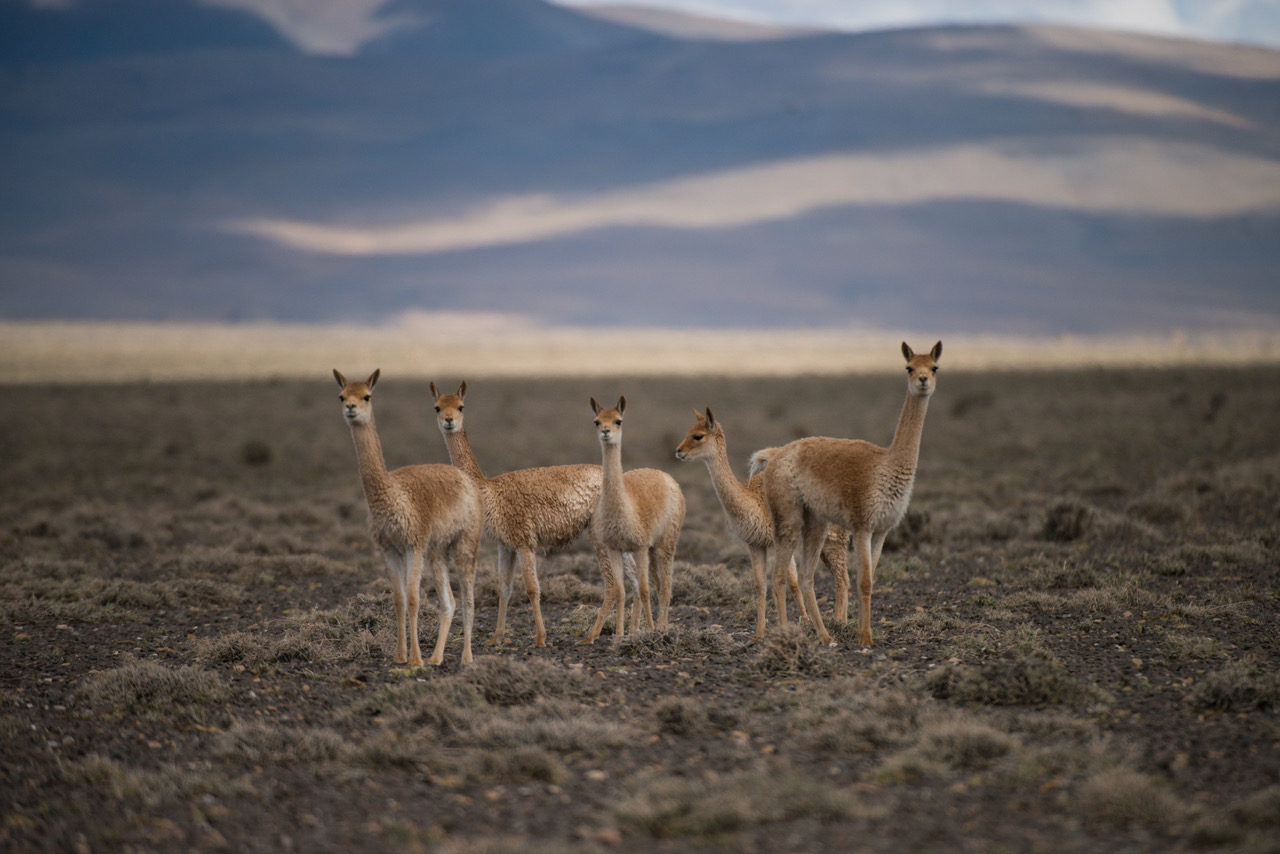 A social group of vicuñas stand vigilant in the plains of San Guillermo National Park, Argentina. Photo by Joe Riis.Z

Disease outbreaks can radically disrupt and remake ecological communities, according to a recent study of Vicuñas in the high Andes ecosystem of Argentina’s San Guillermo National Park.

Pumas have historically been the park’s top carnivore and the biggest threat to Vicuñas, a wild relative of the llama and alpaca that is native to the central Andes. Pumas’ predation patterns influenced grazing behavior and sustained the park’s condors, which relied on the pumas’ leftovers

But a fast-moving outbreak of mange among the park’s vicuña population resulted in a collapse of the region’s tightly linked food web. The findings were recently published in the journal Ecology Letters and point to the importance of tracking the effects of disease outbreaks globally.

The multi-year study was co-led by researchers from Yale and UC Davis, who are affiliated with the lab of co-author Arthur D. Middleton, a professor in the Department of Environmental Science, Policy, and Management.

When evidence of the outbreak first emerged in 2015, the researchers pivoted from studying the interactions of pumas and vicuñas to examining the chain reaction of the outbreak. By 2020, the population of vicuñas plummeted from more than 17 individuals per square kilometer to 1 per square kilometer. Condors were forced to leave the park after their food source disappeared.

The changes among the animals also brought massive change to the landscape, with vegetation jumping by 900% in areas the vicuñas used to graze.

A separate study linked the outbreak of mange to domestic llamas introduced to private lands outside the park, suggesting a greater need to prepare for human-induced wildlife disease outbreaks and manage its effects on conservation.

The full study can be accessed on the Ecology Letters website.