Codiversification of a plant-insect mutualism in the Pacific

I am interested in the role of coevolution (reciprocal natural selection) in generating biological diversity. Although biodiversity (especially in the tropics) is often attributed to extreme ecological specialization and coevolution, we have a poor understanding of the mechanisms by which coevolution might contribute to speciation and higher-level diversification. To address these questions, my dissertation research focuses on the phylogenetics of Epicephala moths (Lepidoptera: Gracillariidae) and Glochidion trees (Phyllanthaceae; Euphorbiaceae sensu lato) in the Pacific islands. The obligate mutualism between Epicephala and Glochidion is similar to the better-known mutualisms between fig wasps and figs, or between yucca moths and yuccas. Epicephala females actively pollinate Glochidion flowers and then lay their eggs in the flowers’ ovaries, so that their larvae feed on the developing seeds (Kato et al. 2003 PNAS). These mutualist partners show extremely high species specificity, such that to a first approximation, each Glochidion species relies on only one or two Epicephala species, and vice versa (Kawakita and Kato 2006 Mol. Ecol.). 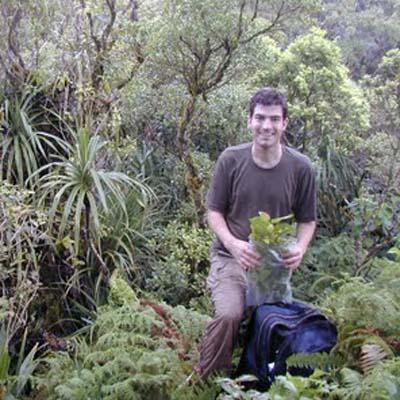