In recent years, soybean production has become a major export crop for multiple countries in South America, including Brazil, Argentina, Paraguay, Uruguay, and Bolivia. Pesticides used in agriculture can have severe impacts on stream water quality and ecosystems, and the insecticides used in soy production in South America are known to be especially toxic to aquatic invertebrates. My PhD research focused on the effects of these insecticides on the stream invertebrate communities. I also explored the relative importance of insecticide toxicity effects in comparison to other agricultural stressors on invertebrates, and the potential for riparian buffers to mitigate pesticide transport and other adverse effects on stream. My field work included study sites in the Argentine Pampas and the former Atlantic Forest habitat of Paraguay and Brazil. 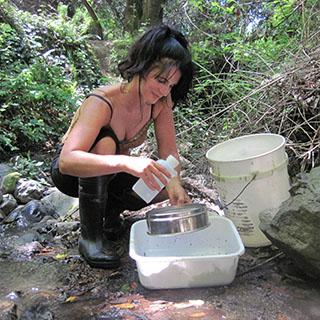